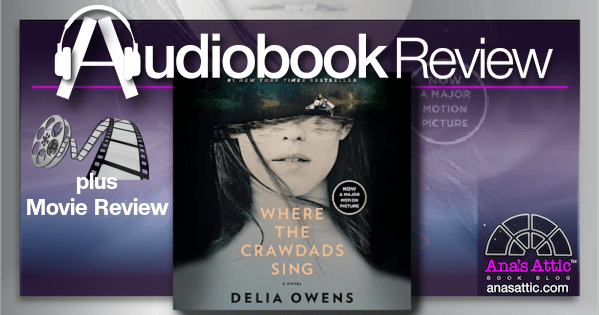 Where The Crawdads Sing by Delia Owens

I bought Where the Crawdads Sing by Delia Owens a few years ago and tried to start it a few times. The deep southern accents and historical nature just didn’t grab me at all. But with the movie coming out and my changing tastes in books, I decided to give it more of a chance.

Holy Crap. I am so glad I did!

From the excerpts I’ve read, I don’t think I would have enjoyed reading this book as much as listening. The accents and dialects are written out (“Ya said ya’re too old to play ‘splorers.”) and I would have found that difficult to get through in my head. The audiobook was amazing though. Though it took me a bit to warm up, once I did…Wow. The performance is part of the reason I ended up loving Where the Crawdads Sing.

“She knew the years of isolation had altered her behavior until she was different from others, but it wasn’t her fault she’d been alone. Most of what she knew, she’d learned from the wild. Nature had nurtured, tutored, and protected her when no else would.”

The story is told in two timelines: 1969, when a man is found murdered, and the early 1950s (at first). We watch Kya, the youngest sibling of a poor marsh family who lives in a shack, as her mother, each of her siblings, and her father eventually abandon her and leave the young “marsh girl” to fend for herself. She doesn’t go to school and learns to live all on her own with just the birds and bugs for company.

“Kya laid her hand upon the breathing, wet earth, and the marsh became her mother.”

I was fascinated by the resilience of this young girl, and captivated by the beautiful descriptions of the marsh. She learned human behavior from watching animals and bugs, and luckily a ‘colored’ couple who helped her out as much as possible. Eventually, she was befriended by a local boy who taught her to read, opening up an entirely new world for this intelligent girl.

The story bounces back and forth between the two timelines until they meet up, and the courtroom drama had me glued to my phone listening.

If I wanted to be picky, honestly I could rip this book to shreds. A lot was ridiculous, and some prose was too over-the-top flowery. But it was easy to zone out of those parts when listening. Overall though, once I got past the first hour, I couldn’t stop listening and finished it thinking it was one of the best books I’ve ever listened to. After sitting on it a bit though, there were enough things that bugged me that I just couldn’t give it a full 5 stars, even though it felt like a 5-star read.

I don’t think I would have enjoyed this as much if it weren’t for the narration. Reading the accents and dialects would have taken me out of the story, but the narration was fabulous. I can’t imagine a better narrator.

In my opinion, Where the Crawdads Sing by Delia Owens lives up to the hype. I can’t wait to see the movie next week. I wouldn’t even watch the trailer before I listened because I didn’t want any preconceived notions, but now I must say, it looks so good! I can see though, why some people say the book wasn’t for them. Where the Crawdads Sing starts slow and there isn’t much dialog, but if you can get through that, the story becomes completely riveting and beautiful and is so worth pushing through. When I finished it, I just knew it was a book that would stick with me. It’s 5 stars in my heart, but 4.5 in my head.

Purchase Where The Crawdads Sing by Delia Owens

I went to see the movie about a week after finishing the book. The audiobook is over 12 hours, so I knew it would be hard to make it into a 2-hour movie. There were a few MAJOR changes from the book, but most of the changes were related to the timeline of when we, as viewers, learn stuff. All in all, I felt like they did as good of a job as possible translating Where the Crawdads Sing to the big screen.

I will say, Kya was a lot more “normal” seeming than someone who spent her life alone with nature. I always pictured her as dirtier and wilder I guess. I went with my book club girls, but only half of us read the book. We ALL loved the movie. I cried the most, I think because I had just finished reading it and felt a little more emotionally attached.

I would rate the movie the same as the book: Almost 5 stars but not quite. 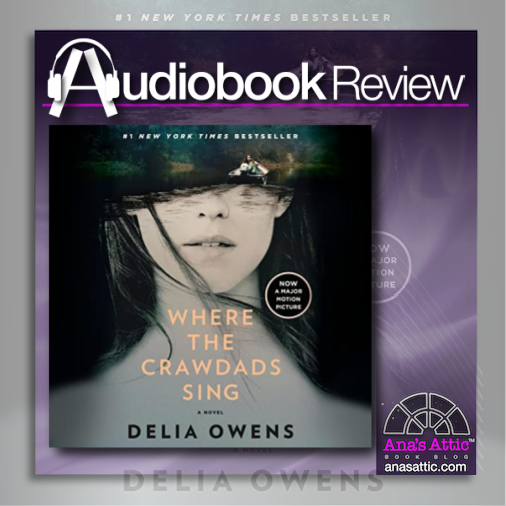