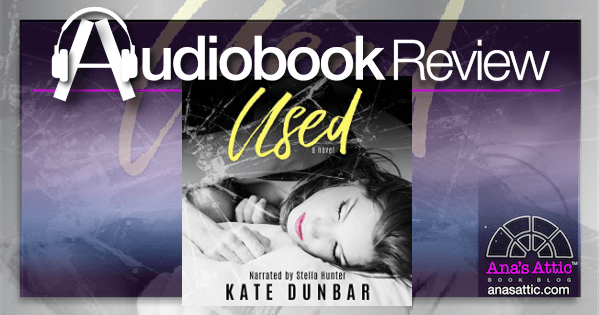 Kate Dunbar’s debut novel, Used, is not my regular type of read. I am also on a blog hiatus because I just can’t focus on most books right now while I am in the middle of a home renovation. I had no such issue with USED. In fact, I listened to it in a couple of days, riveted, and tried to beg off on plans so I can continue listening.

“A shadow sits on the steps leading to my door. And I know exactly who it is. It’s the same shadow that’s been following me my whole life.”

Sabra is finally opening up to the idea of a relationship with her close friend Trevor after holding herself back for 4 years because of her past, when her past comes back to haunt her. Her brother Lucas was released from jail and is back in her life to terrorize her.

Sabra’s story is told in the present, but there are some flashbacks that allude to what happened to her in the past without a lot of triggering detail. Her brother was a sick fuck, and the more you read and see the ways he now tortures her from afar, the more you realize happened in the past, yet Kate never actually tells you.

Trevor. OMG, Trevor was amazing. He was so patient (four years!), and he was determined to fight her demons and the walls she put up. He was protective and supportive and was just the perfect guy to help Sabra through this horrible ordeal.

“I want a present and a future with you, sweetheart. We can’t ignore the things that have happened or were done to us in the past. They have helped mold us into who we are today. And I love who you are today.”

I have never read a story where a character is emotionally and sexually tormented by a sibling and it’s a scary situation that never even occurred to me, but is probably way more common than I thought. But I must say, it drove me a little crazy that Sabra didn’t have enough self-preservation to tell her parents, a counselor, a friend….anyone. Her best friend Micah (who was an amazing character) knew a little, but nobody knew it all. She is very lucky to have both Trevor and Micah in her life.

“Please don’t shut me out again. Please let me be here for you. For whatever you need.” He pauses. “I’m here, Say.”

Stella Hunter did a fantastic job bringing Sabra’s journey to the reader. She brought all the emotion and fear Sabra was experiencing, and she told the story beautifully.

Despite Used by Kate Dunbar not being my usual light and happy read, I was sucked in and wanted to cancel all plans so I could find out what happened next. Used was suspenseful and romantic and kept my interest from start to finish. It’s hard to believe this is a debut novel because it is written SO WELL. It was a tricky way to tell a story, with flashbacks that don’t reveal a lot but enough, and Kate executed it without flaws. I look forward to seeing what this author comes up with next! 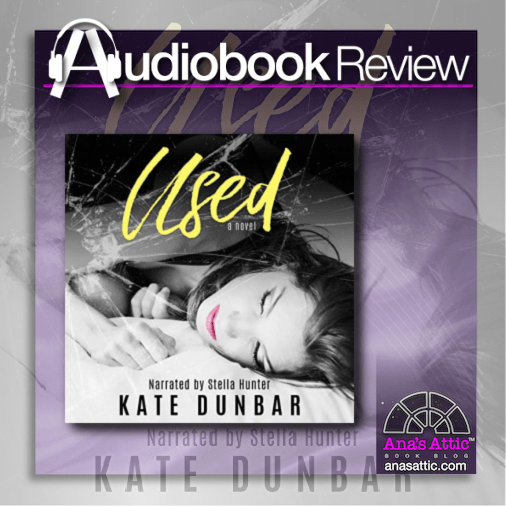