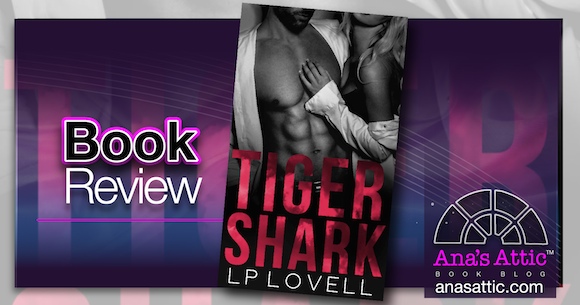 London’s square mile is witness to a revolution, a new breed of business woman. They call us tiger sharks. We out-earn, out-work and out-play our male counterparts. We work the system, play the game and most importantly, win. In a city full of sharks only the most ruthless make it to the top of the pool.

Georgia was a Tiger Shark. As a London stockbroker, she has made it big in the business, and she worked damn hard to get there. The rules are different for women.

Georgia has her shit together! This is one strong heroine, and she takes no nonsense. She works hard and has no time for relationships. She works off steam by going out to her favorite sex club where she is still the boss in the bedroom.

As successful as Georgia was, when her drunken boss makes an indecent proposal, Georgia knows it’s time to move to another firm. Once rule #2 is violated, there is no going back. It isn’t until she has started at her new firm that she meets her other boss, the mysterious Landon Banks. 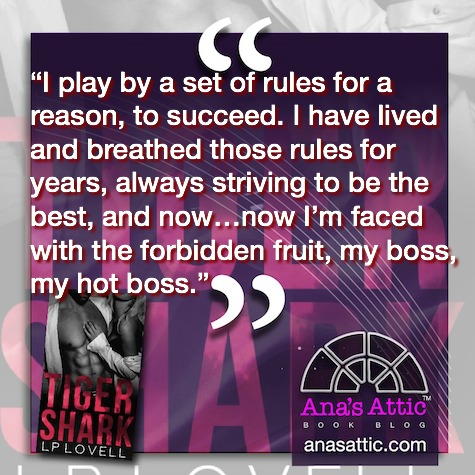 Georgia couldn’t handle the growing attraction between them, so she was definitely not playing nice.

“Tell me, is it just me you dislike so much, or are you this delightful with everyone?”

With all the banter and hate-flirting, Georgia decides to have him on her turf, with her rules.

“The hunter becomes the hunted, lines start to blur, and I have a choice to make. Screw or be screwed. Of course, I never was much good at taking it like a bitch. Landon Banks will be learning to grab his ankles if I have anything to do with it.”

She needs to feel more control over him, something she can’t really have at work, since he is her boss.

“I want to feel the control over him that I can’t possibly have outside of this place. The question is, can a man like him even be controlled? Or would it be like keeping a lion as a pet and waiting for it to rip your arm off?”

Well Landon is much more lion than lamb.

“I will break you.” Maybe that statement should scare me, but it doesn’t.
I shove against him and he smirks. “Never.” I spit.
The fingers around my windpipe tighten in warning. He leans in until his lips are at my ear. “You will submit to me, kitten.”

OMG, Landon, he is so hot! I love banter and hate sex, so Tiger Shark was right up my alley. I liked Georgia, despite her ice-princess facade. But I really liked Landon, I just wish we got to know him better. As mysterious as he was as a character in the book, he is also mysterious to the reader, and I think if we had his POV or more insight into Landon, I would have enjoyed this book even more.

“Some people walk into your life while others tear through it like an F5 tornado, ripping long buried foundations out of the ground and sending everything spinning in a vortex of such power that all you can do is stand back and watch.”

Tiger Shark by LP Lovell was a great break from the young virgins who see a rock star and have electricity run up their arms when they accidentally touch. It was a book about two very strong, successful alphas making a forbidden, kinky relationship work in a cutthroat business world. It was a unique read that I read quickly and had trouble putting down. If you like a strong, smart alpha heroine, and an even more alpha hero battling for supremacy, check out Tiger Shark. I think you’ll enjoy the change of pace. 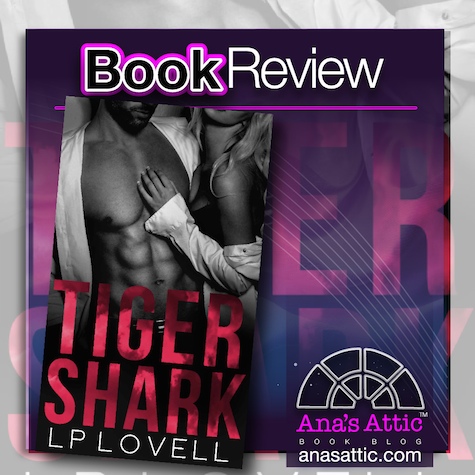