**Disclaimer: (I am not totally serious here! Well, maybe I am)

I haven’t read a book that really got me going (if you know what I mean) in a while. Now, during the longest dry spell I’ve had in like 5 years (A whole week! I was mad at Mr. Ana) I thought I was reading just a funny book. Well, The Wingman Chronicles was funny, but holy fuck.

I want to fuck James Holeva. No, I don’t want to cheat on my husband. I am not a cheater. He can come too (see what I did there? Come???) Seriously. I think James needs to do some research for his next book…fucking an older chubby married lady while her husband watches??? C’mon, it’ll be a new experience. Hmmmm….I wonder what James would do for 5 stars…..

I mean, if this guy is even half as good as he says he is, well, I think he should prove it. Either way, he sure knows how to write a down and dirty hot sex scene complete with spanking, hair-pulling, bathroom sex, lots of oral (and he seems to know how to do that!) and other dirty, dirty acts. The whole time I was reading it, I was just rubbing against anything that was hard. (I still had to stay mad at Mr. Ana)

This book is like reading the autobiography of Barney Stinson (How I Met your Mother), Steve Stifler (American Pie) and Andrew Dice Clay (before he turned into an even bigger dick).

“Would you think it was weird if I called you Daddy?” Noelle asked.
“Of course not,” I replied. “How is that weird?”
It’s a shame what this world’s come to where guys have a problem being called Daddy by a broad their cock is inside.
We exchanged numbers, and she immediately began sending me naked pictures of herself—tits, twat, even face.
“I’m not a pussy,” she said. “But you’ll delete them, right?”
“Of course,” I replied. “What kind of guy do you think I am?”
Obviously I didn’t delete them. Deleting naked pictures a girl sends you is like being given a pan of baked ziti and throwing away the leftovers. I’m Italian and my family would consider that sacrilege.
Although she didn’t ask, I reciprocated by sending her a picture of my cock. I photograph well and I like to show off the work.

There isn’t much of a story, just a bunch of random sexual conquests, with one regular slut thrown in. (There was a little story there).

“As she lay back and pushed my head down with her hands, I stuck my face between her legs. I liked the way she pulled my hair while I licked her clit. In hindsight it probably wasn’t the best idea to go down on a girl who had fucked me within minutes of meeting me, but damn, she had the best tasting cunt I ever ate. With some girls it was work to eat pussy—like eating a shitty meal at a relative’s house—but this was something I’d pay for again and again even if it was overpriced.”

Mostly it is just about a total asshole, sexist, thinks-he’s hot shit pig and all the skanky hoes he picks up. But that’s OK. I kind of want to be one of those hoes. James makes no apologies for being who he is, and really, why should he? He is giving women orgasms, lots of them. He doesn’t need to give more. And being that he is a total asshole, who really wants him for more?

Rating: 4 stars, 5 Heat (I can be convinced to raise those stars James…you know where to find me)

I would have rated it a bit higher if it were longer, or less expensive. I have followed James Holeva on Twitter for about a year now, and always intended on reading his book. His tweets crack me up. He even asked to perform his stand up at Wicked Book Weekend 2013, but our plans were already set. But next year’s is coming up, and he’d be a fun guest…I can make room in my room. 😉

If you don’t like rude, crude man-whores who call women broads, or you can’t laugh at stuff like that. Skip this book. But if you find crude humor and dirty skanky sex fun, The Wingman Chronicles is the book for you! 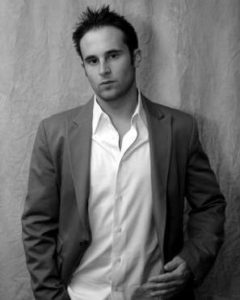 James Holeva, aka “The Wingman” is a filthy comedian/author/actor/lothario who enjoys having sex in bedrooms, backseats & bathroom stalls. His humorous, erotic, autobiographical novel “The Wingman Chronicles” has gained a legion of fans all over the world, and been described as a male version of fifty shades without the fantasy elements. The bad boy’s raw and in-your-face way with words extends to his energetic standup comedy shows which have more the atmosphere of a rock concert than a typical comedy show. In addition to his abilities as a writer, his shows are always different as he uses his charm and rapid-fire wit to keep the audience guessing, laughing, and blushing. Holeva sells out shows all over the country, answers sex questions in his #askwingman Q & A portion of the show and has his female fans fighting over being included in his signature on-stage spanking encore. He was voted 2013 reader’s choice best comedian by The Weekender readers.

As an actor he starred in “The Wingman” TV Pilot, which he also wrote and produced, and it just won Best Pilot at the Hoboken International Film Festival. Holeva is hard at work touring the United States doing standup, as well as writing and of course researching his next book. He’s currently working on putting together a film based on “The Wingman Chronicles,” as well as has plans to record a standup comedy DVD, and tour abroad. His meet and greet/book signings are as crazy as his shows as he usually signs as many boobs as he does books, and asses too of course.

Here is a little Creepin Advice from the man himself:

*Be sure to visit the Facebook Event Page for the Tour! (CLICK HERE) The page has daily updates for the blog tour as well as some Q and A with James.

Borrow FREE if you are an Amazon Prime member!