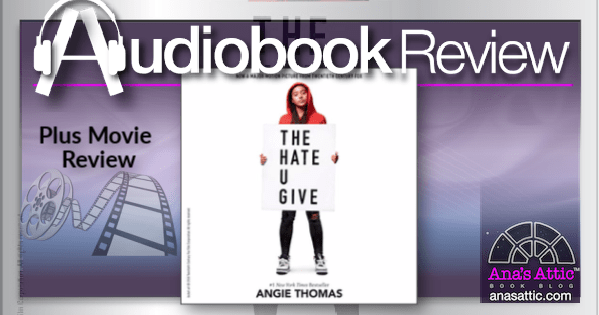 The Hate U Give by Angie Thomas

When the George Floyd protests began, The Hate U Give by Angie Thomas was the first book that so many people recommended to understand systemic racism and white privilege. I expected it to be powerful. I expected it to make me feel uncomfortable. But I didn’t really expect it to be such an entertaining book as well. After listening to the book, I watched the movie with my family, so this review is for both. 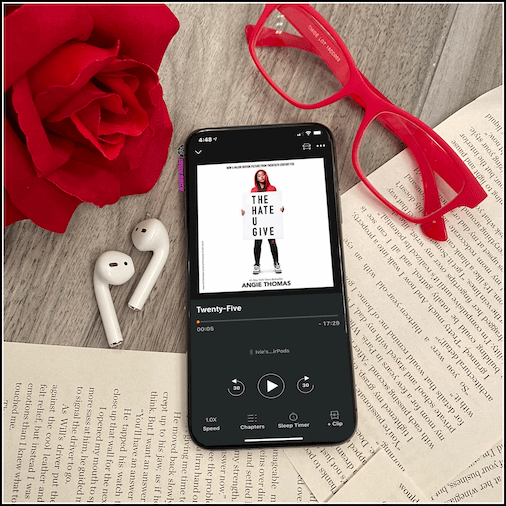 One thing I need to say straight out is…holy moly. To read The Hate U Give while almost the same thing is playing out live on the news is kind of surreal, and there couldn’t have been a better book to read to mirror real-life. Yes, this is about a white policeman shooting an unarmed black boy and the riots that followed. But it was so much more. It made me laugh, it made me cry, it made me angry, no… MAD — but it made me THINK. And I learned. And I loved it.

“When I was 12, my parents had two talks with me. One was the birds and the bees. The second was what to do if stopped by police. ‘Keep your hands visible. Don’t make any sudden moves. Only speak when they speak to you.’”

Starr is 16 years old and living a double life. She grew up and lives in the ghetto where her dad owns the local market. She’s regular black Starr there. But she goes to school across town in a white prep school. There she is “Starr version 2”: quiet, non-confrontational, and certainly not ghetto. She has some good friends at school and a serious white boyfriend, but they don’t know the real Starr.

One night while attending a party on her side of town, she runs into her old friend and first crush, Khalil. While catching up, a fight breaks out at the party so Khalil offers Starr a ride home. They get pulled over on the way and the unthinkable happens. Khalil was unarmed and shot dead by a white officer right there in front of Starr.

This story is about the aftermath. If Starr comes forward to the press, she knows her life as she knows it will be over. She will be known for that one thing and can be in real danger. At school, she pretends she barely knew Khalil while breaking inside.

“I’ve tweeted RIP hashtags, reblogged pictures on Tumblr, and signed every petition out there. I always said that if I saw it happen to somebody, I would have the loudest voice, making sure the world knew what went down. Now I am that person, and I’m too afraid to speak.”

The Hate U Give tackled a lot of sensitive issues. It was emotional. It was powerful. And it was surprisingly entertaining as well, there was a lot of humor and family moments to break up the harder parts. Starr’s journey is powerful and her character’s growth was the real standout in the story, but there was so much more. 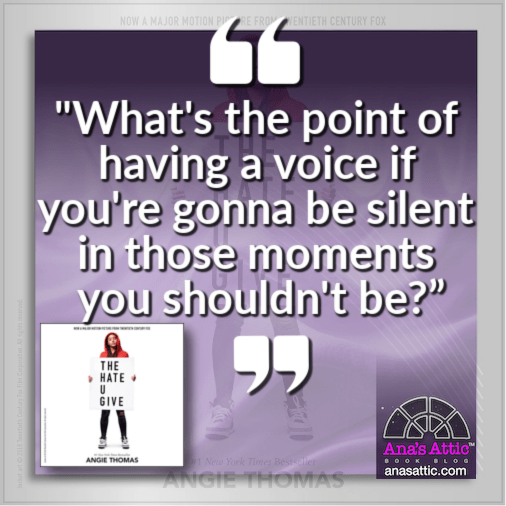 Another thing I loved was her mom and dad. They were both great parents and the love they had for each other and their kids really stood out to me and made the book and movie that much more special. The entire family’s struggle between living in an area where drive-by shootings can kill a 10-year-old (which Starr witnessed at that tender age) and moving away from the community they are such a big part of, possibly losing their own sense of self, was depicted in such a multi-layered story that it really held my attention to the last detail.

“Sometimes you can do everything right and things will still go wrong. The key is to never stop doing right.”

Bahni Turpin did a phenomenal job narrating this title and I think she brought out every emotion and enhanced the story greatly. I highly recommend the audiobook version even more than print.

I couldn’t stop thinking of and talking about the book so I decided to watch the movie. Holy cow, I have to admit, I think I actually cried more at the movie than the book! They did a great job, but there were a few times that my ex-husband and son got a little confused and I had to clarify things because I had read the book. While the book is almost always better than the movie, in this case, the movie came pretty close, but reading it first is the way to go if you can. This is a movie to sit and watch with the family. There are so many lessons to be learned; not just about race, but about being true to yourself. It was a deeply layered film but it was easy to get a lot from it. But make sure you have tissues!

I feel ill-equipped to find the words to write a real review here. Let me just say that the hype is well-deserved, both for the book and the movie. Sadly, The Hate U Give is still so timely, even more so, 3 years after being published. I was immediately sucked into the story and I think it changed me more than watching the news ever will. I absolutely think that The Hate You Give should be required reading for any age and it deserved all the awards it has won.

Have you read it or watched the movie? Let me know what you thought in the comments.

Purchase The Hate U Give by Angie Thomas

Purchase or Rent The Movie 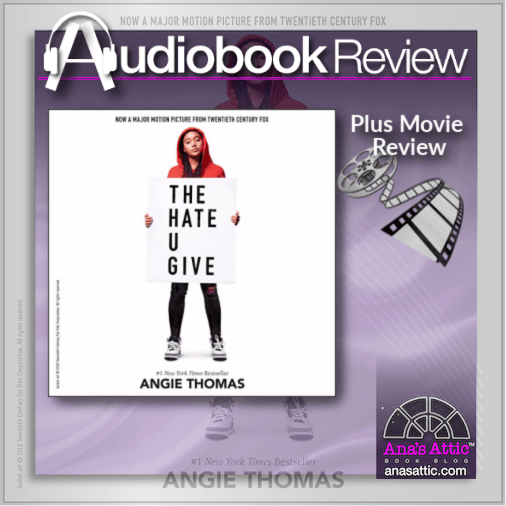