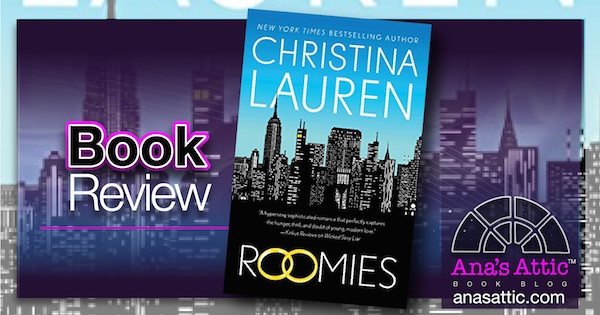 I haven’t read a lot of Christina Lauren books, but I am so glad I chose Roomies! Having a son who is a gifted guitar player, I loved the musical aspect of the story. Set in New York City’s Broadway district, Roomies was a unique and refreshing departure from most of the recent novels I have read.

*Note: I tell a little about the story here, but no more than the blurb. You can skip to the likes and dislikes and down & dirty if you don’t want that.

Holland Bakker lives in New York working for her uncle’s husband, the musical director of the hottest show on Broadway. They treat her like their own and have done so much for Holland, she feels she owes them everything. With a masters degree in writing, Holland’s dream of becoming a great novelist have gone nowhere because she has had writers block since she graduated. Her lack of self confidence has her standing on the sidelines of life, and the brightest part of her week are the nights she passes through the subway station to see the handsome and crazy-talented guitar player busking for cash.

She has been going out of her way to watch him play for months and months and finally gets the nerve to speak to him. Turns out Calvin is from Ireland, and his sexy Irish accent makes him even swoonier.

When her uncle’s husband loses his lead violinist in his show and can’t find a replacement that comes even close, Holland suggests Calvin. Turns out he is everything they could ever want for the show. The only problem? He has been here illegally for 4 years since graduating Julliard. Though she just officially met him, Holland has a suggestion.

“So we’d be married, and I’d get to be in the show?” he asks. “Just like that?”
“I think so. You’d have your dream, and Robert would have his new musician.”
“I’d also have a beautiful wife. What would you have? Other than a famous Broadway musician husband, that is.”
He thinks I’m beautiful? I hold his gaze from across the table, not blinking, barely breathing. “I’d get to help my uncle. I owe him so much.”

Holland is all about everyone else, but never about herself. And she didn’t quite think this through.

Ugh. I’ve married him, and he has no idea I’ve been writing Holland/Hot Busker fic in my head for months. How is this a good idea?

They’ve committed to a year of marriage. She has been crazy about him for a year and he didn’t even know. Now she is married to him, things are going well, and has no idea if he is with her for the green card or for HER. It’s tough to tell. And as readers, we aren’t really sure either, because we don’t get his side.

I have a temporary job, a temporary marriage. Will anything ever be permanent? What the hell am I going to do with my life?

I loved watching Holland grow and become the star of her own story. And I loved Calvin’s role in it.

“I don’t like to think of you playing a side part in your story. (…) You’ve suddenly become a very large part of mine,” he says quietly. “And I yours. No? Why not make it epic?” 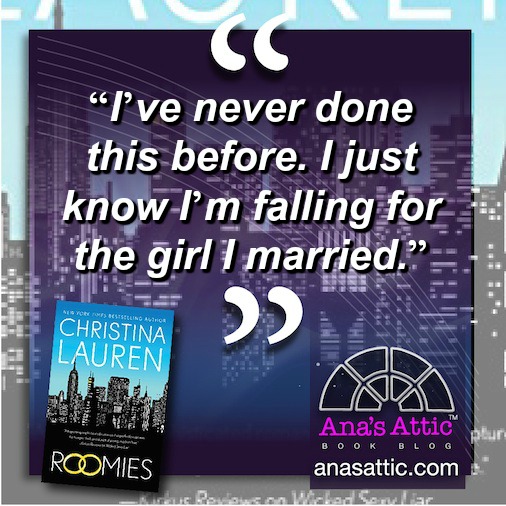 I really enjoyed this unique, very well-written story. Calvin & Holland were adorable together and I loved watching the fake relationship develop into something very real. Holland’s lack of self-esteem at the beginning and her growth throughout the story were a pleasure to read about. There was some angst but not too much, and the descriptions of the music were written beautifully. I highly recommend this original take on the fake marriage trope and look forward to reading more from this writing duo. 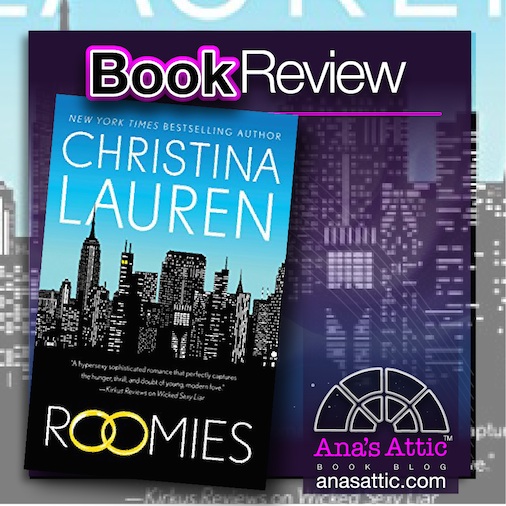