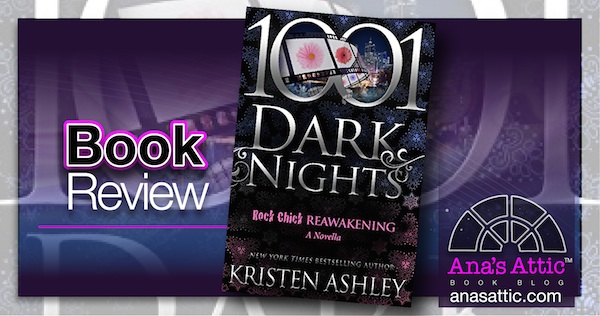 Standalone that can be read alone, as a prequel or as an awesome epilogue to the Rock Chick Series. Contemporary Romance.

You have heard me go on and on about how much I love Kristen Ashley. I have read 47 of her 55 books (I’m saving the others for slumps) and I loved every single one of them. Of course some more than others, but they were all varying degrees of LOVE. The Rock Chick Series of standalones is kind of the heart of the Kristen Ashley books. Characters from the Rock Chick Series show up somehow in almost all of her other series, so it is recommended, but not necessary at all to start reading her books there. See my Complete Guide to Kristen Ashley before reading them all though, because there is a point where you need to jump to another series so you don’t spoil things later.

You can read Rock Chick Reawakening first. Chronologically it’s a prequel to the Rock Chick Series, so if you’ve never tried Kristen Ashley, you can start here, and you’ll be hooked. But for those of us who have read the series, this is an absolute gift to her fans. It brings us back to the beginning, before the Rock Chicks. We revisit many of the characters, and it will make you want to re-read the series again (try it in audio, for $1.99 upgrade, it’s a great way to re-read the series). It truly doesn’t matter where you read Rock Chick Reawakening, at the beginning or end of the series, it’s a great story either way.

To me, the heart of the Rock Chick Series has been Daisy. I want a Daisy in my life. If I ever meet a woman who looks like Dolly Parton and calls me ‘Sugar’ I swear I would drop down on my knees and become a blubbering idiot and beg to be her friend. She is sweet, sassy and fun, has a HUGE personality (funny, I always thought of her as big because big boobs+big hair+big personality, but she’s actually petite) and she is always there for her girls. Strangely enough, I had another misconception that she was older, and so was Marcus. I guess because she is like the mama bear who retired from stripping, and he is the head of his organization I just assumed they were older. I love her tinkling bells laughter, I love when she calls people ‘Sugar’ and I love how sensitive she is to others. I am so, so happy to say that Daisy’s story was everything I hoped for and so much more.

I am shocked that Amazon says that Rock Chick Reawakening is only 120 pages. Kristen Ashley is certainly not known for writing short books, and the few shorter ones out there are my least favorite because they are missing that Kristen Ashley descriptive magic. This book lacked NOTHING. It was a full, satisfying, perfect story that held all of the magic of her longer books. It’s already the first book on my Best Books of 2017 list, that’s how much I loved it.

“There ain’t no prince charming for a girl like me.”

We get Daisy’s story from childhood and find out how she came to be the sweet, funny, flamboyant southern mama bear we all love. Her story is heartbreaking and yes, I bawled my eyes out several times. But Daisy’s amazing spirit always prevailed.

We also get Marcus’s back story. He has always been in the background of the series, ready to do anything Daisy wanted while still running a criminal operation. He is the perfect example of an anti-hero, who you will really get to know and fall in love with in Rock Chick Reawakening.

“In terms I hope you’ll understand, darling, in fairytales, the prince vanquishes the wicked queen. The evil stepmother. The malicious goblin. In real life, Daisy, to avenge wrong done to his princess, if the need arises, the prince puts a bullet in somebody’s brain.”

Rock Chick Reawakening shows that Marcus is another perfect KA alpha hero. Despite what he does away from Daisy, he couldn’t be more careful with her. Maybe even too careful. This was a slow burn!

“I handle you with care. I’ll always handle you with care. I will never, not ever, Daisy, give you reason to leave me. I won’t cheat on you. I won’t beat you. The gambles I take will be in business only(…) You’ll get from me only what you deserve, which is everything I can give you doing it handling you with care.”
“Okay, sugar.” She was still whispering(…)
“If I break any of those promises, you’re free to leave me. If I don’t, you’re not. Not ever. If something isn’t working, we’ll talk it out and make it work. Which means we’ll always make it work so there will be no reason to leave.”

Marcus has proven that, book after book. Despite his criminal activities, Daisy has always been his princess, and you can’t help but love him for it, because she deserves it.

“You’re a dream a girl like me never thought she could dream.” 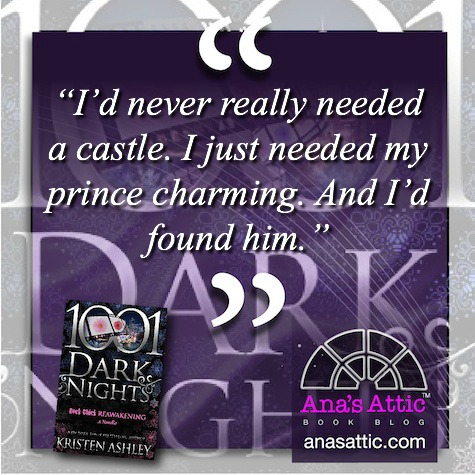 Kristen Ashley gives readers everything we didn’t know we wanted and more with Rock Chick Reawakening. With so many huge fans clamoring for this story Kristen Ashley rose to the challenge and made it even better than I could have dreamed, and did it all in a novella that felt full-length. Marcus has always been a background character. I wondered how sweet Daisy ended up with a criminal, but I never really knew him. Well to know him is to love him, because Marcus is the bomb! Both Daisy and Marcus’s background will tear you up and piece you right back together again, better than you were before, just like they did for each other. Rock Chick Reawakening brought the Rock Chick Series full circle, and I couldn’t have imagined a better end (or beginning) to a favorite series. 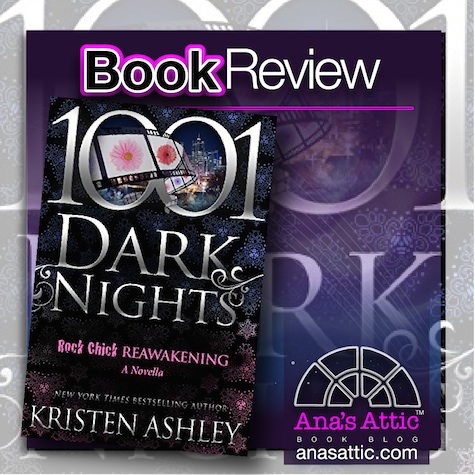