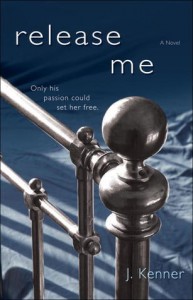 Well, I will say this, it was way closer to Bared To You than Fifty Shades. The theme is the same…rich, young, dominant, gorgeous, possessive, closed-off, never had a serious relationship, probably abused billionaire meets and pursues a young woman (with a best guy friend and a wild roommate) until she can’t refuse. I’m not saying this is really a bad thing, but the theme is getting a little worn out. Still, I enjoyed this book.

“Possess. Have. Hold. Enjoy. Control. Dominate. Pick your verb, Ms. Fairchild. I intend to explore so very many of them.”

The story is told in the first person POV of Nikki, former pageant queen trying to make it on her own merits in the science and technology field in L.A.. In fact, she has recieved fellowships for her aptitude in college in those fields, and has already released a few smart phone apps. Nikki is the product of an awful mother who saw her as a pageant queen only, and cared nothing about her. It became so bad, that Nikki resorted to some awful things to deal with the pressure.

…she hasn’t met the real Nikki Fairchild. She’s met social Nikki who, much like Malibu Barbie, comes with a complete set of accessories. In my case, it’s not a bikini and convertible. Insetad, I have the Elizabeth Fairchild Guide for Social Gatherings.

I have it all down, every trick, every nuance, And I wear my practice pageant smile like armor against the world.

He’s tall and so handsome that the word is almost an insult. But it’s more than that. It’s not his looks, it’s his presence. He commands the room simply being being in it, and I realize that Evelyn and I aren’t the only looking at him. The entire crowd has noticed his arrival he must feel the weight of all those eyes, and yet the attention doesn’t faze him at all.
“No, Damien Stark is just one of those dark quiet types. He’s like an iceberg…The deep parts are well hidden and what you do see is hard and a little bit cold. “

They hit it off almost immediately, and the sexual tension oozes off the page.

“I’m smart enough to know that you feel it, too. This isn’t just heat, it’s a goddamned conflagration. Not Chemistry, but a nuclear fission.”

Damien has an indecent proposal for Nikki–he wants a nude painting of her and will pay her one million dollars to pose and be his completely for one week (I’ll do it!!!!).  Nikki has scars from her past that she thinks will drive him away. But the million can go a long way to help finance her new apps. And after all, the heat between them can’t be denied.

Though I must say, I want a pair of these: 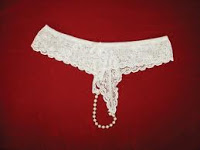 Damien and Nikki actually have a lot in common. Both were forced by parents to compete at a young age, and they had no say in the issue. Both are strong characters as well.

But there is no question about who has control in the bedroom.

“Tell me, Ms. Fairchild. What should your punishment be? What should I do to a naughty girl who touches herself when she’s not supposed to?”

If you are looking for another tension-filled, hot billionaire book with romance, angst and hot sex, this is the book for you. It was a quick read, and I am looking forward to the next two in the series, Claim Me, and Complete Me.
.

“That wasn’t just nice. That was rocket ship to the moon. That was fucking amazing. Guinness World Records quality. Hell, that fuck was a thousand times better than those shoes you were wearing the night we met.”