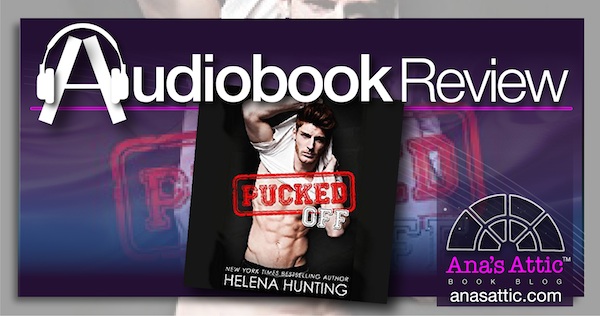 Pucked Off by Helena Hunting

6th in a series but can TOTALLY stand alone.

Wow! Where the heck did this book come from? I love The Pucked Series by Helena Hunting, and the over-the-top humor of most of the series, so I wasn’t expecting the pure beauty and emotion of Lance Romero’s book, Pucked Off, even though the series has gotten more emotional as it continues.

I feel like I have been waiting for the wild playboy’s book forever. I want to do it justice in my review, but I don’t even want to tell you who the heroine is. (It would not have been a spoiler for me, but it may be for others).

“Sometimes it’s hard to tell your heart not to want someone, even if all they do is hurt you.”

I’ll tell you this, we finally find out the deal between Lance and Tash, and it wasn’t at all what I expected. But is she the heroine or someone else? I’m not telling. All I will say is that this is a beautiful second chance romance.

Lance is nothing at all like I expected. This drinking, partying, fighting playboy is just a hurt boy inside, trying to hide his pain in the only way he can. After getting in yet another fight, he is forced to go to go get a massage to loosen him up so he can play, but the problem is, he hates to be touched.

But maybe not her touch.

“I wrap my arm around her and pull her closer. I don’t know why I can handle her touching me when I’ve never been able to handle anyone before. It’s like she connects to some part of me I didn’t know was there.”

Lance is the guy she has never gotten over. He has hurt her in the past, so as much as she feels a connection, she needs to guard her heart.

“I also need time to figure out how to find balance with this man. I want to save him from himself, and keep myself safe at the same time.”

Poor Lance, he is so ridiculously hard on himself.

“I savor her— taste her mouth, sample the sweetness of her tongue and the press of her body against mine. I’ve never wanted anyone the way I want her. I don’t want to claim, fuck, devour. I want to be worthy, and I’m afraid I never will be. This is exactly what makes me a bad person, because that won’t stop me. I’ll get inside her. I’ll find out how good it feels to be with her, even if I never deserve her.”

Lance has never been with anyone who made him feel like he was worth it.

“For the first time in my entire life, I understand what it means to be with someone who will give and not just take.”

But he is oh-so broken. Can she fix him?

“I have the real him right here with me now, too. I have a broken boy who’s become a broken man, and as stupid and naïve as it may be, I want to be part of what heals him.”

She makes him want to change everything, to become the man she deserves.

“This feeling—what you do to me—I’ve never had it before, and I don’t want to lose it. But I probably don’t deserve it.”

One thing I loved is her strength and her history of feelings toward him. She is kind and independent, and I am so glad that she was all-in for taking the risk with him. There could not have been a better girl for Lance.

“I could kiss her forever. I could live in this memory—past fused with the present. This kiss would be my heaven.” 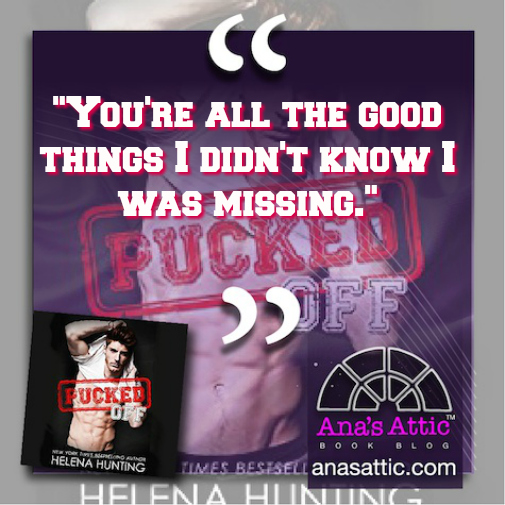 Jacob Morgan and Rose Dioro did an amazing job with the narrations. I don’t really know what a Scottish accent sounds like, and I’m not sure he totally nailed it —it sounded like french and Irish mixed, but it still totally worked. The narration, I think, made this story even better. He nailed the sexy, the sad and scared, and the accent. She was perfect and never grated on my nerves the way some do. They both sounded like the age that they played.

Pucked Off is in many ways the best in the Pucked series. Though the original, Pucked, will always be my favorite (how can you not love Super MC?), Pucked Off is so different you can’t even compare it. I would not call it a romantic comedy, the way the rest of the series is. It is a serious, emotional, angsty book, with lots of the fun humor Helena is known for to break up the emotion. I think Pucked Off can absolutely stand alone, and in some ways it may be better to read this first, especially if you like an angstier, more emotional story.

Purchase Pucked Off by Helena Hunting 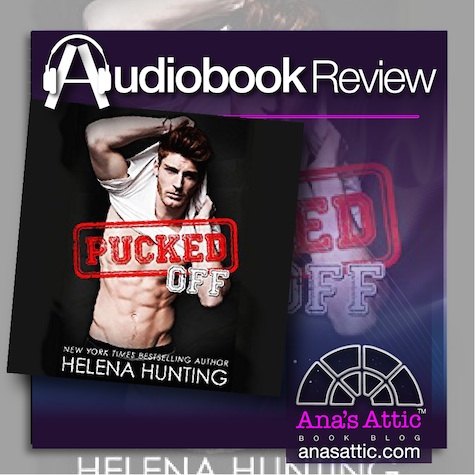