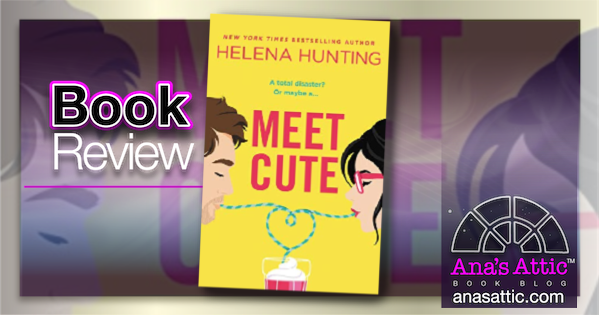 (Don’t want to know about the story? Skip down to the Likes & Dislikes and Down & Dirty)

I have been on a 6-week reading hiatus (though I have been devouring audiobooks), and Meet Cute by Helena Hunting was a good one to break my hiatus. Infinitely readable, I gobbled it up in one round-trip flight to Colorado and enjoyed getting back to reading with this sweet and sexy romance. 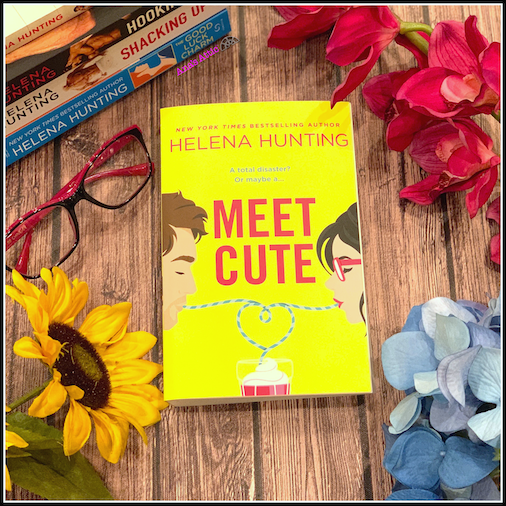 But I must say, Meet Cute was not what I expected. From the cover and blurb, I expected a clean, light, and fun rom-com. While there were some funny moments, I would not classify Meet Cute as any of those things. It was emotional with a bit of mystery, but it was nothing like the Pucked Series as far as comedy goes.

Kailin and Dax’s meeting was the definition of a “Meet Cute” with her ending up falling on her teenage TV-star crush in college. After spending law school harboring unrequited crushes while both competing for the top spot, years later, Kailin holds a grudge against Dax because she feels he screwed her over to get the top spot.

“If you ever run into Daxton again, you could give hate fucking him a try. I hear it’s a good way to exorcize a grudge.”
“Since I’m not planning on running into him ever again, it looks like I just get to hold on to that grudge.”

She ends up seeing Dax again when she gets assigned a case being a conservator for his little sister’s trust after their parents die. Dax is 30 and his sister is 13 and he is thrust into the parental role. Despite her grudge, Kailin can’t help but fall for Emme, and she can’t hold back her feelings for Emme’s brother very easily either.

“Just be careful you don’t get yourself in too deep with this one.”
“Her world just fell apart.”
“I know, but don’t make it your job to put it back together.”
“I won’t. I promise.” I don’t like how much that feels like a lie.

There are so many complications on the road to these two getting together—work politics being a large one, but also, he has some heavy baggage.

“You’re not even thirty, and you’ll be taking on an orphaned teenager. It’s not an easy road. You know this, Kay.”

The cutest and most fun aspect of this was Kailin being obsessed with a show from her childhood that Daxton was the star of. She had all kinds of show paraphernalia, and I really liked those lighter moments, but it was almost not relevant to the story, that part of it just didn’t really go anywhere. Another cute part was the ‘aisle of red’; I really liked seeing 30-year-old Dax being thrown into being a dad for a teenaged girl. Though not really the rom-com you expect from Helena, luckily, there was still a lot of the light and fun I love in her books. 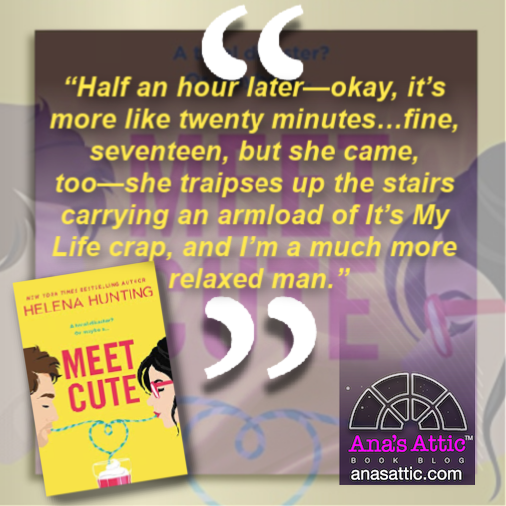 While I enjoyed the read, my biggest issue was that these two LAWYERS didn’t even guess at something stupidly obvious. I literally started grumbling at my Kindle, so much that my seatmate asked what my Kindle did to me! I also felt that the fact that he was a childhood star she crushed on kind of got lost in the story and wasn’t quite necessary. In fact, it almost felt like a few ideas for books were all kind of meshed together to form one story that never got fully fleshed out.

While the above may make it sound like I didn’t enjoy Meet Cute, I did, very much, and I do recommend it. I just had a few things that kept it from being the 5-star read I hoped.

I was expecting something so different from the cover of Meet Cute by Helena Hunting. While it seems like a sweet, clean and light rom-com, it is only that right at the beginning. What follows is emotional and angsty with a little hint of mystery (at least a mystery to the characters). I thoroughly enjoyed reading Meet Cute, but it was not without its issues, the two that stand out are the fact that they don’t even mention the most obvious thing, and the fact that his celebrity status never really played a part in the story beyond the fact that she had a crush on him when she was younger.  Meet Cute was an easy, addictive, fun and emotional read. Though I had a few issues with it, it’s still a book I wholeheartedly recommend. 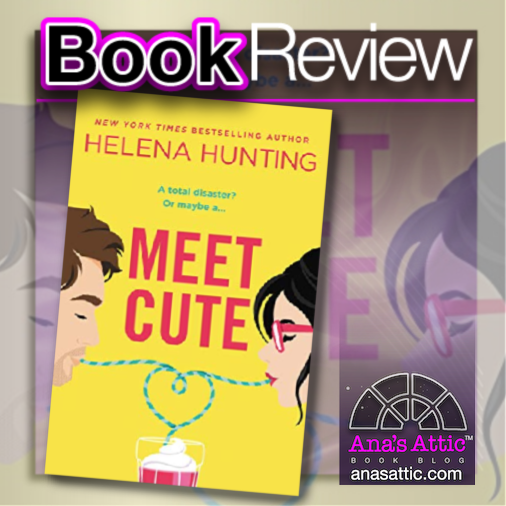