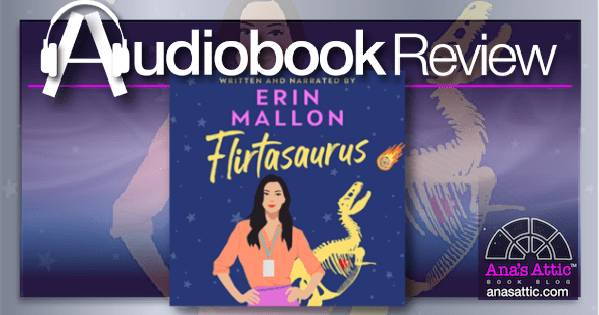 Erin Mallon is one of my favorite narrators. She is also an accomplished play writer and author of the recently released audio play, These Walls Can Talk. Flirtasaurus is her first novel, and it is absolutely a 2020 favorite. I don’t often mention other authors, but I have to say that Flirtasaurus is like Jana Aston, Tara Sivec and Penny Reid wrote together, which is one of the hugest compliments I can give. 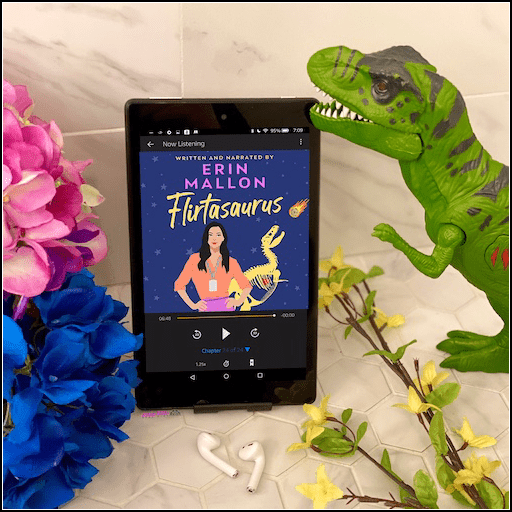 With what is happening in the world right now we all need to laugh more, and Flirtasaurus had me literally laughing out loud so many times! One thing I have to say though is that being a playwriter and a narrator, I think Erin’s writing translates better to audio. There is a lot of dialogue, and I love it in audio, but I noticed that it was a little harder to follow in print, even though reading it after listening had me giggling like a loon again. Just the way she emphasized some things was funny in print too!

What I’m saying is I have my proverbial shit together. Clearly.
“GET ME OUT OF HERE OR IMMA LOSE MY SHIT!”

Calliope is a paleontologist who just landed her dream internship at a museum, only she gets stuck in the elevator on her first morning. Luckily, some “sexy-voiced mystery dude” outside the doors kept her calm until she was rescued. 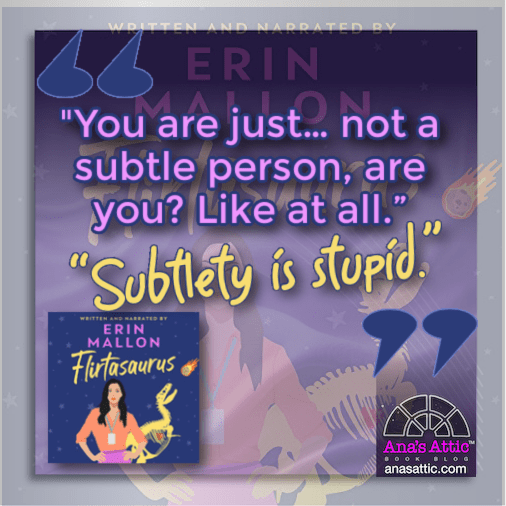 Calliope just blurts out whatever is on her mind. She is very flawed and very funny, but she is smart and she loves her dinosaurs. Ralph, on the other hand, is a nice guy. He’s an astronomer at the same museum who is hot and nerdy but likes Callie just how she is. Their banter is hysterical!

“You, Calliope FitzGerald, are an absolute lunatic.”

Flirtasaurus was written for audio (whether she meant to or not), and you can tell Erin heard it in her head as she wrote it. This is one book where I think the audio really gave this book a huge advantage because there was so much dialogue. It was hysterical to listen to but got a little exhausting to read.

Flirtasuarus was absolutely hilarious. It is very rare that I giggle out loud like that, but I snort-laughed! I had such an awesome time listening to Flirtasaurus that I couldn’t give it less than 5 stars. It’s rare that I do that with books that aren’t perfect, but I just loved it so much. While writing this review, the more I analyzed and picked it apart, the more little things I found that I could get annoyed over, but that is because I basically read the print version while writing this review (and I was laughing again!) but I think I still found it funnier because I heard Erin in my head making it funny. While the audiobook is 5 stars, had I only read it, I think it would have been more like a 3.5-4 because all the dialogue lent itself better to audio. I am so, so excited for Lovebug, the next in the series, about Mabel! 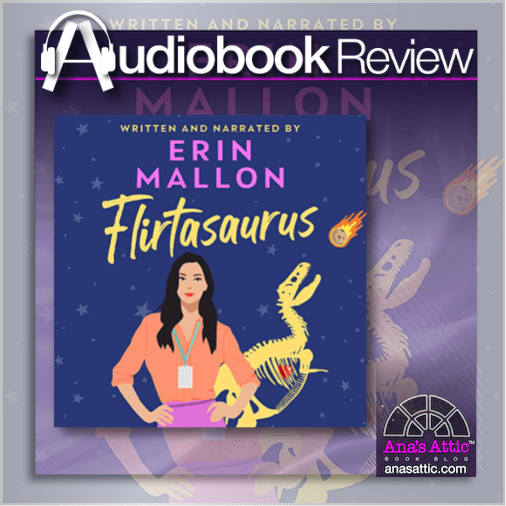