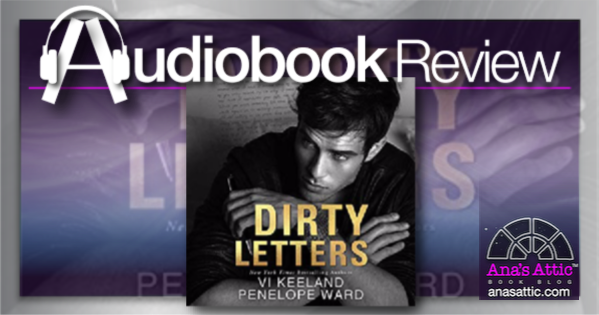 Once again, Vi Keeland and Penelope Ward made me swoon, laugh and cry with an unputdownable heartwarming 2nd chance story in Dirty Letters. Add to that the amazing narration by Andi Arndt and Jacob Morgan and you have a winning combination. 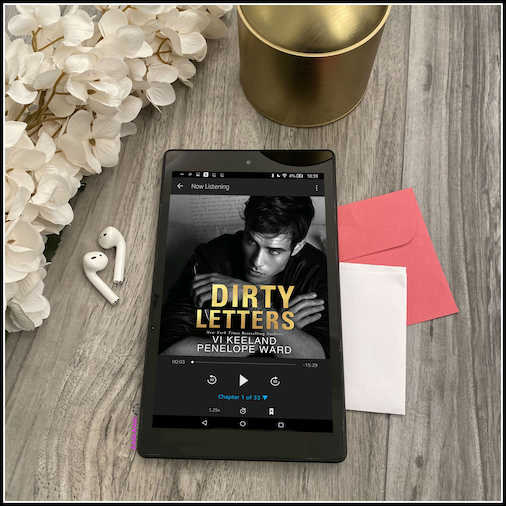 Luca and Griffin became pen pals through a school program at age 7. She was in New York, and he was in England, and they weren’t allowed to use real names for security. The ocean separating them gave them the confidence to share more freely and they became closer to each other than anyone else, despite never meeting. Then, after years and years of writing, Luca just stopped responding to his letters and Griffin had no idea why.

A tragic accident happened at the time causing Luca to suffer from severe PTSD, anxiety and agoraphobia, but of course Griffin had no idea. 8 years later, they reconnect again and resume the pen pal relationship. Their letters get more intimate and flirty, but neither knows what the other looks like. There is no doubt that these two have a deep connection. 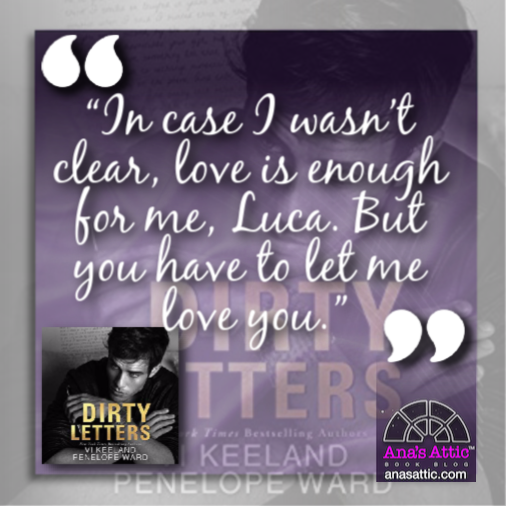 But Griffin is hiding something. He’s a megastar in a band. How would it ever work with someone afraid to go out in public when paparazzi follows you everywhere?

“I won’t always be able to give you your light back, because sometimes you need to find that within yourself, but I’ll stand by your side and hold your hand in the dark so things aren’t so scary.”

Sigh….I loved Griffin so much! And reading and uplifting book about a woman with multiple mental illnesses was a great change of pace that I’m sure many women will relate to.

Her illness is so severe and he is such a big star that the obstacles seem insurmountable. Can they overcome them?

“In the end, it’s going to come down to one thing: whether love is enough.”

Sigh…though Dirty Letters is a slightly quieter and slower book than the duo usually writes, I absolutely LOVED it, and it brought me out of a big funk I was in.

I loved Jacob Morgan and Andi Arndt in Dirty Letters. They were each in top form and were perfect for the roles. Jacob Morgan with a British accent? MORE PLEASE!

Dirty Letters by Vi Keeland and Penelope Ward is slower paced and more character-driven than the other books I have read from the duo, but for me I think it made it even more special. It was unique and entertaining, it made me laugh, smile, swoon and filled my heart. It also made me cry. I loved that the heroine had her own personal issues that were HUGE and the angst was from that and not the relationship. And Griffin? Sigh….I floved him. I think Dirty Letters is one of my favorites of the year and I highly recommend it!

Everything that Ana just said and more! I loved everything from the letters to the late-night trips to the grocery store, mini furbies & bird watching with Doc. Dirty Letters is definitely one of the best books I’ve read all year. I finished this book with tears in my eyes, a smile on my face and the warmest heart. Luca & Griffin’s story is the proof that love is worth facing your biggest fears. And, Jacob Morgan with a British accent…..I may have found a new obsession. 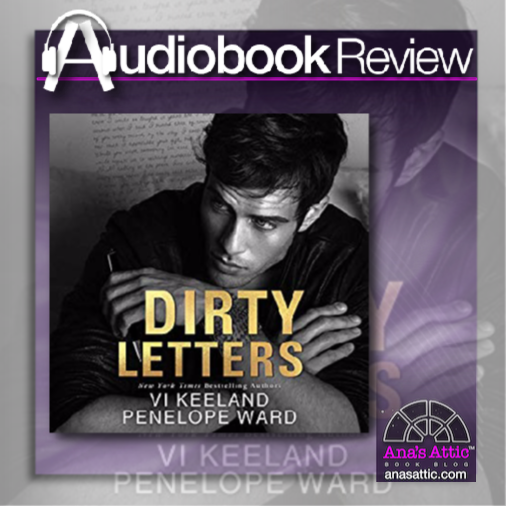