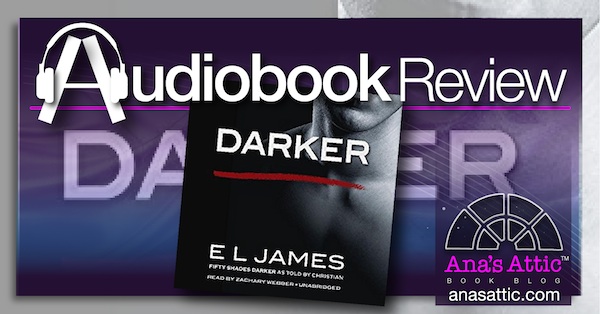 Grey was the first audiobook I read read with Zachary Webber as the narrator and he hooked me. He couldn’t be more perfect for Christian Grey. In fact, I think Grey might have been the book that cemented my love for audiobooks. It’s been a long time since I actually read the Fifty Shades trilogy. I have seen both movies many times, but I read the books in 2011 & 2012, so my memory for details is pretty much gone, but the movie was fresh in my head. So a lot of the scenes in Darker: Fifty Shades Darker as Told by Christian were kind of newish for me, though they were all a bit familiar. I’m not sure there was a lot of new scenes, but that’s OK, because seeing it from his POV gives it a whole new perspective.

Christian Grey is one intense dude! The first hour of this 18 hour audiobook was just riveting. He is SO OBSESSED with Ana, it would be creepy if she weren’t just as in love, but you don’t really see her love as much here so he comes off a little more obsessive even than he did before.

“Appearances can be deceptive. I’m not fine. I feel like the sun has set and not risen in five days, Ana. I’m in perpetual night here.”

Hearing his POV, Christian loses a bit of his dominance to me. He comes off a bit more like an obsessed, scared, desperate man than he does from her POV or in the movies. But that’s OK. I loved his intensity and his vulnerability.

“It’s terrifying. It’s confusing. It’s exciting. What are you doing to me, Ana? Where are you leading me?”

The outwardly confident man is so broken and scared and down on himself that it almost hurt to read, you just kind of want to make it better for him.

“Baby, you read me like one of your books; except I’m not the hero. I’ll never be the hero.”

I would have loved to have read this before seeing the movie, because I found it difficult to separate the two. Darker followed the original book, Fifty Shades Darker, and not the edited down movie, so some scenes were very different. But that’s OK, because now I want to read the books and see the movie again! You can say whatever you want about these books, but even rehashing the same story from another POV showcased EL James’ writing. I was completely sucked in and it was one of the rare audiobooks that I was able to just sit and listen to without doing other things. In fact, sometimes I had to, it was that compelling. 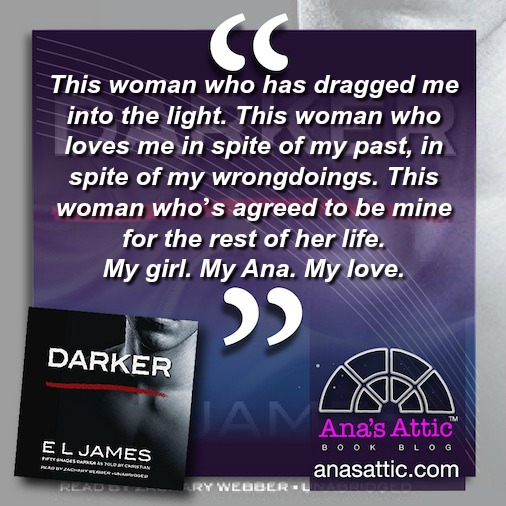 I have to give it a rare 5+ stars. He will always be Christian to me! Zachary Webber is just absolutely perfect for this role. The intensity, the neediness, the love, the obsession were all done beautifully. Not once did my attention wander. He captured Christian perfectly, and I think the book is made even better by his narration.

If you are a fan of the Fifty Shades trilogy, you can’t help but love Darker. While it’s the same story, it’s so different coming from him. I haven’t read the books in 5 years, so for me it was revisiting a favorite with new eyes. I did, however, have a little trouble because I watched the move 3-4 times and the book is different, but not too bad. The first hour or so is crazy intense, and you can’t help but FEEL Christian’s obsession with his Ana.  I would have liked to see a few more scenes completely unique to Darker, but all-in-all I listened obsessively and was completely sucked in from the first sentence. 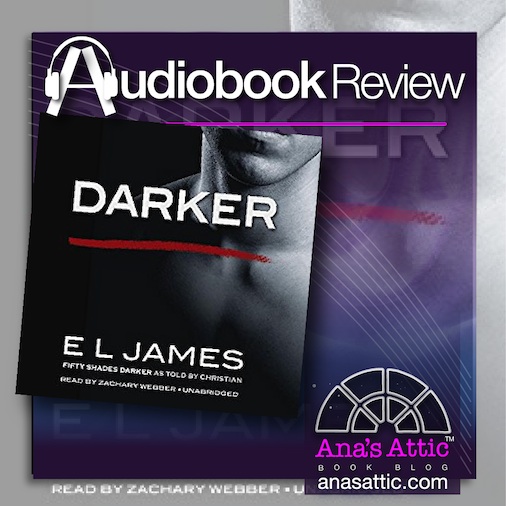