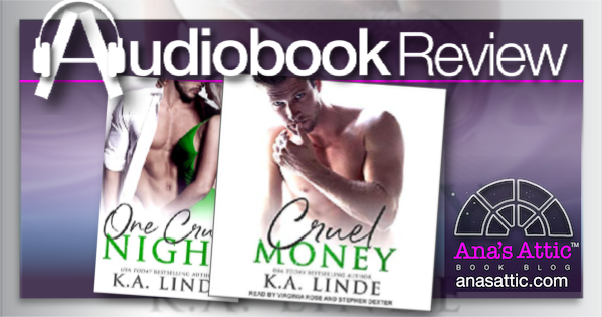 A prequel and the first in a trilogy.

I began listening to Cruel Money by KA Linde and just felt like I was missing something, so I did a little research and saw that there was a prequel, so I stopped right there and went back and read the free prequel, One Cruel Night.

“That’s right. We had one night in Paris. You wooed me, you fucked me, and then you ghosted.”

In the One Cruel Night, Natalie and Penn have a perfect night with the best connection. She lost her virginity to him. Then her broke her heart. Six years later, Natalie is house sitting in the Hamptons for the rich and powerful when she runs into Penn again.

“No matter that I’d felt that love-at-first sight feeling with Penn, it had all been a lie. He was a lie wrapped in a pretty package. Like tearing into gorgeous Christmas wrapping paper on the morning of the twenty-fifth, only to find coal on the inside.”

Penn and his “crew” (yes, that’s what they call themselves) are obnoxious, spoiled, mean and catty. They play with people’s lives. I guess I should have seen it coming with Cruel in the title; it’s similar to Cruel Intentions in some ways. Penn has gone against his family wishes and became a Philosophy professor. But his humble job didn’t take away the rich-boy syndrome he has.

“I wanted Natalie. She confused me. She intrigued me. And despite all my training in ethics, I wanted to throw my morals out the window and go after her. Fuck that smart mouth. And have her crying my name out.” 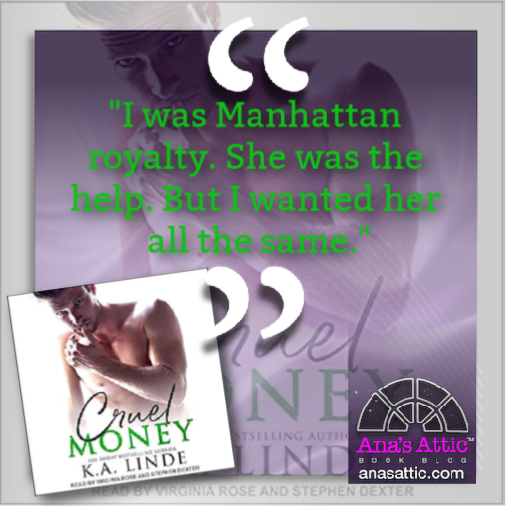 There was a TON of angst in this. Penn is torn between the cruel upper crust world of his family and friends, and the girl he wants and the job he loves. Penn has a really cruel streak in him, and I’m not sure how he will be redeemed for me, but I’ve said that before and have been surprised.

My favorite part of Cruel Money was Totle. Pets totally make books better. The only thing was, the male and female narrator said it’s name different. Totle is short for Aristotle, but he pronounced it Total. 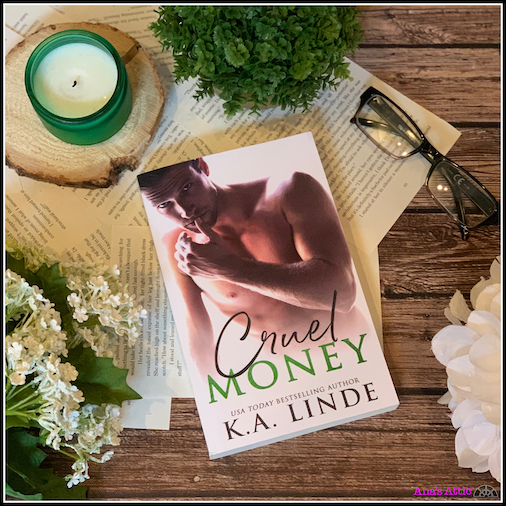 I liked the way Stephen Dexter and Virginia Rose spoke, but there didn’t seem to be enough audio proofing. Along with the dog’s name being pronounced differently, there were a few other things mispronounced or pronounced inconsistently.

Cruel Money was filled with manipulation, deception, lust, angst, passion, cruelty and sexual tension. I do think that One Cruel Night should be included in this book or it needs to be made clearer to read that first, because if you don’t, you won’t understand the main connection. As a personal preference, I just don’t like reading about mean, catty people, so I did have a little bit of trouble with this installment, but I have no doubt that KA Linde will redeem the hero. I loved the heroine but the hero and his friends were basically assholes, so I was never rooting for the main couple. I was yelling at her (in my head) to run as far from the asshole as she could. Still, I really want to know what happens after being left hanging with my jaw on the floor. 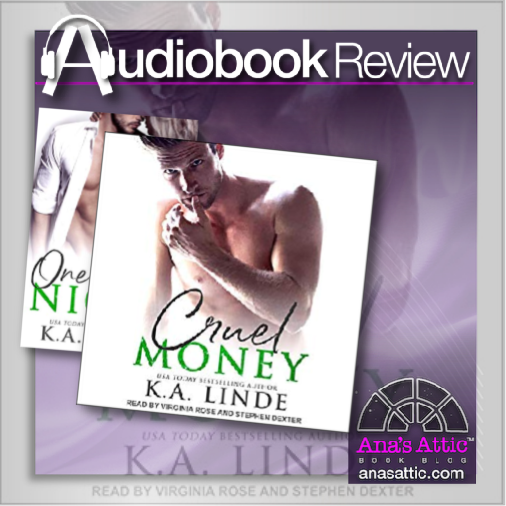