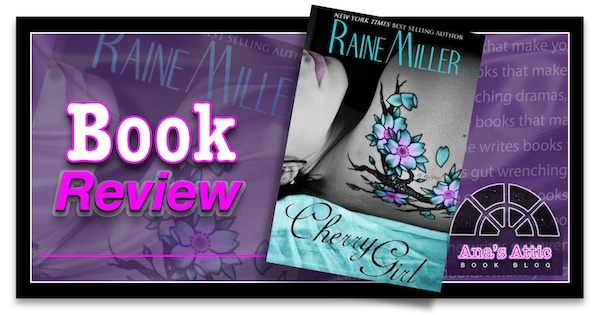 Neil didn’t have much of a family, and at 17, he was basically taken in by his best friend, Ian’s, family. Ian’s little sister Elaina is seven years younger, she had a major crush on Neil since she was ten. Basically, nobody would ever live up to her dreams of Neil. Even when she was a young teen as he shipped out on a tour of Afghanistan.

“Be really careful over there, Neil. I want you to come back.”

He had feelings for her as well, but she was too young.

“Don’t you ever change, Cherry Girl. Stay how you are right now. You’re utterly perfect“

As tragedy struck her life, Elaina acted out and had been a rebellious teen who was into boys, booze and drugs while he was away.

When Neil came home on leave and Elaina is 18 though, things really changed for them, and there was no going back.

“Please don’t make me wait for you any longer,” he pleaded. I can’t do it, Cherry. I just can’t.”

Neil is kind of a wimp, despite being a soldier. When they finally make love, here is what Neil thinks (really? do guys think like that?)

“She’d given me the most beautiful gift”

Then here, I got close to throwing in the towel:

“I held on to my Cherry Girl. I held her up against me heart, in that little rowboat on the idyllic lake, at the splendid English Estate that felt like something out of a Dickens novel, and knew pretty much what complete happiness felt like for the first time in my adult life.”

He was just a little too schmaltzy romantic to me.

The couple was perfect. There was no doubt of their love or their future, until POOF! It was all gone because of one bitchy move. Elaina was a total idiot!

Really? You’ve loved someone for years and you just walk away, cut off all contact, with no discussion at all the night before the man ships off to war??? Who the fuck does that!?

Cut to 6 years later and they are both working at Blackstone Securities. This is when the book picked up and I really began to enjoy it. Neil manned up a little, and I enjoyed them as a more mature and somewhat jaded couple. While I thought they got over their years apart way too quickly, I still enjoyed the second half.

See the Blackstone Affair Series order (One of my favorites!) by Raine Miller