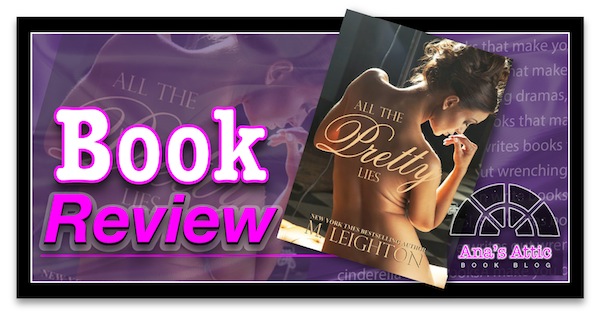 I loved Michelle leighton’s Bad Boys Series, so when I heard she had a new book out, I jumped and read it right away. I couldn’t wait to read something new from her, especially a book about an inked up bad boy and an innocent good girl.

“Live everyday like it’s your last, none of us are promised tomorrow.”

Sloane is turning 21, but due to something that happened when she was younger, her dad (who raised her alone),  and her 3 brothers (all cops), are extremely over-protective of her. So for her 21st birthday, she heads to a tattoo shop to have her first taste of freedom. Freedom she intends to start having right away.

Hemi is the gorgeous tattoo artist who takes her. They immediate start in on some sexy flirting banter, and you can feel something heating up between the two.

“I’m the sheltered girl trying to break free and really live for the first time in her life. I’m striving to put fear and reservation and hesitation aside in favor of seizing the moment. But not Hemi. I get the feeling he lived that way for a long time, that he seized all of life’s moments until something happened to make him stop. Stop and take notice. And slow down. And distance himself.”

Hemi fights his attraction to Sloane. She is way too innocent for him.

“But a girl like her deserves nice, too. And naughty’s all I’ve got. It’s all I’m interested in. Especially now. Which means I need to stay away from her. I need to deny myself the pleasure of her. And I’m not used to denying myself anything that I want. Including women.”

Sloane gets real-life study credit for art school for working at the tattoo shop, so she is around Hemi every day…

Sloane makes sure he knows that she doesn’t expect more from him.

“I don’t want promises.  Most of the time, promises are just pretty lies.  They’re words designed to make others feel better.  But in the end, they’re just lies.  Disappointing lies.”

Both of them are holding secrets. Secrets that could crush them both. And when the truth comes out, it won’t be pretty.

Here is where I began to have some issues. Sloane’s over-dramatic, over flowery reactions were spot on for a young teenaged girl, even a 21 year old, but for me it was an overly dramatic little girl reaction. The story was written very well, the sexual tension and the sex itself was great, but the innocent young girl and her first love just rubbed me a little wrong here.

“The butterflies of my freedom are now the broken bodies of trampled trust and crushed hope. They flew too close to the sun and now they’re being burned up, incinerated. They’re dying the only death that a butterfly can–one that comes too soon.”

Such a great quote, yet seemed too planned and dramatic for this young lady.

I enjoy M. Leighton’s writing. I love the banter and build-up. I loved that there was a little mystery in this story. I look forward to reading more in this series. But I just felt like it was a bit too immature for my tastes. Maybe I’m just getting tired of the sheltered virgins and the big bad totally sexy guy who takes that away. Maybe she reminds me too much of my teenaged son’s drama queen ex. Maybe I’m just too old to read it, but to me, 4 stars is even pushing it a bit. I must make note here, that this book has a ton of 5 star reviews, and I have been sitting on this review for a while because I thought maybe it would keep coming back to me and I would find a reason to raise my rating. In fact, the opposite happened. When I went to review it 2 weeks after reading, I found I could barely remember the book and had to do a partial re-read.

Purchase All the Pretty Lies by M. Leighton