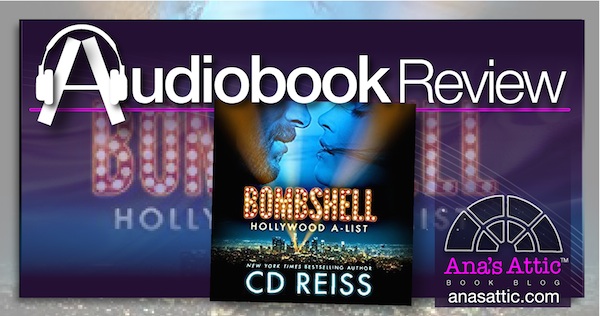 (Ana’s Attic is a participant in the Amazon Services LLC Associates Program to earn advertising fees by advertising and linking to amazon.com)

I love a Hollywood star and regular girl trope. As with all tropes, I don’t want to read them a lot, because they all run together, but I was ready for another. I didn’t realize that Bombshell was a spin-off of Shuttergirl (see my review), and since I read it a year ago, I had no recollection of Brad being in that book, and I don’t think it mattered at all. Bombshell by CD Reiss stands completely alone.

One thing I have really like about CD Reiss’s books is that she seems to know a lot about what she writes about, and I felt like she truly understood the LA scene (she lives there) and and how the nannies are always in the background.

Cara DuMont loves being a nanny. That’s what she really does, it’s not just what she does while waiting for her break into show business. She has one rule, no celebrity dads. She knows a pretty nanny and a celebrity dad is a recipe for disaster whether real or made up by the paps. Her best friend is another story, and she has seen her destroyed after being with a dad of one of the kids she cared for. So when the opportunity to nanny for Brad Sinclair, Hollywood star, arises, Cara wants nothing to do with it. Except Brad’s 5 year old little ball of adorableness has other plans.

Nicole is Brad’s surprise 5 year old. Her mom just died, and she was sent to live with her Hollywood playboy dad who had no idea she existed. She cried non-stop for days until Cara intervened in a public bathroom with the magic touch. Though she refuses to work for Brad full-time, she does agree to consult for one month. 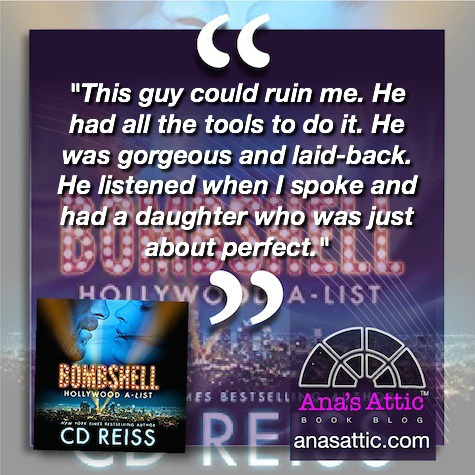 Well that’s obviously a recipe for something impossible to resist, and I must say, she didn’t resist all that hard.

“His tongue found its way into my mouth. He tasted like a bad decision. He tasted like the thing you always said you should have done, but didn’t regret anyway. A little bit of starlight. The tart sting of the forbidden and the sweetness of a sin you think you’re getting away with.”

While Bombshell is kind of light and easy and sweet, there is definitely some angst. I mean we have a Hollywood star who had a 5 year old dumped in his lap. We have an LA nanny who doesn’t ever want to work for a celebrity, and we have an adorable little girl that stole the book. We also have some hot and sexy times, but it wasn’t overly abundant.

I want to fuck you right here, teacup.”
“The engraved invitation’s in the mail.” I raised my leg over his waist and he tucked his hand behind my knee. “It says, ‘Your dick is cordially invited to come inside.”

Because CD’s writing style is pretty distinctive, having the same narrator as The Marriage Games sometimes made me confuse the characters. Still, these are two of my favorite narrators and they both did a great job. I just would like to see more variety.

Bombshell by C.D. Reiss was smart, funny, sexy and sweet. I was hooked from the beginning, and found that I LOVED the little girl, and Andi Arndt vocalizing her was adorable. While it wasn’t the most unique storyline, I felt that C.D. really understood the whole nanny in L.A. scene, and I really liked her insight. Bombshell was a good, solid Hollywood romance, and the addition of a cute little girl made it even more fun to read. 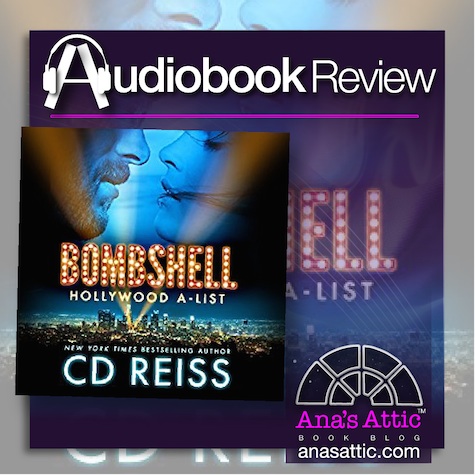