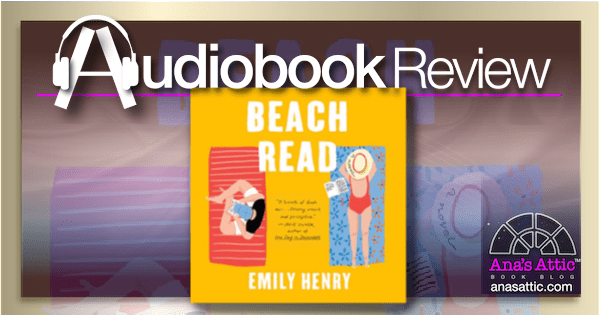 Beach Read by Emily Henry is the “it” summer romance of 2020, but don’t let the light and sweet cover and title fool you. This is a complex, emotional novel that deals with some pretty heavy topics like deception, grief, and loss of self, though there were some funny moments as well. While the narrator, Julia Whelan, was phenomenal as January, I think Beach Read is a book that needs to be read and not listened to. You kind of need to savor the words. I found myself hitting the 30 second back button a LOT and for two different reasons at different parts of the story: Sometimes to hear the beautiful wording again, and others because it was occasionally slow and I found myself losing focus. 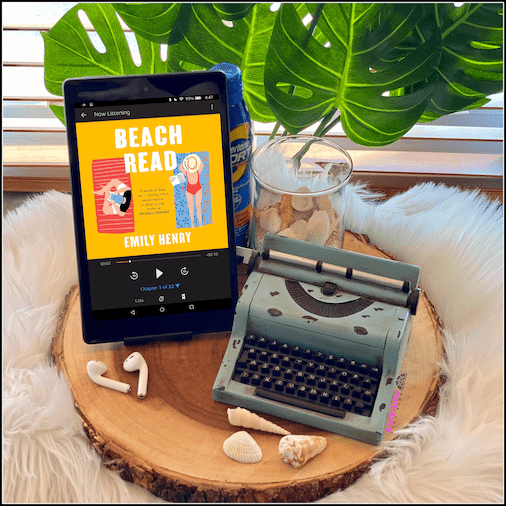 January Andrews is a romance writer whose father just died. Recovering from her own breakup and dealing with finding out about a lot of family secrets upon her father’s death, January has stopped believing in real love. So she is spending the summer at her father’s secret beach house to try to get over her writer’s block and get her book in by deadline. Augustus Everett was her nemesis in college. He always seemed to scorn her for her happily-ever-afters, but there was still an attraction between them. Now Gus is a bestselling author of literary fiction.

“I did what any reasonable adult woman would do when confronted with her college rival turned next-door neighbor. I dove behind the nearest bookshelf.”

When the two meet again, the snarky banter ensues, and I enjoyed their back and forth. Being right next door, these two can see each other in their homes as they both struggle to write their next novel, so they strike a deal to switch genres to prove how hard it is to write in the other’s genres, and whoever sells their manuscript first wins. This bet also includes weekly excursions to do things to hone their craft.

Since I like the light and fluffy, my favorite part of the book was the light stuff—the notes held up to each other through windows and the learning excursions that doubled as dates. As their friendship grew we were able to see how perfect they were for each other.

“As different as I’d thought we were, it felt a little bit like Gus and I were two aliens who’d stumbled into each other on Earth only to discover we shared a native language.”

Beach Read was a sloooow burn romance, I would say it is more of a mashup between women’s fiction and romance. It was beautifully written, and that’s why I think reading it really is the way to go on this one. I have both the book and audiobook, and when looking for the quotes for my audiobook review, I found the written word much more engrossing than when it was spoken. Emily Henry’s writing is meant to be savored, and I think the audio version missed the mark in that way. 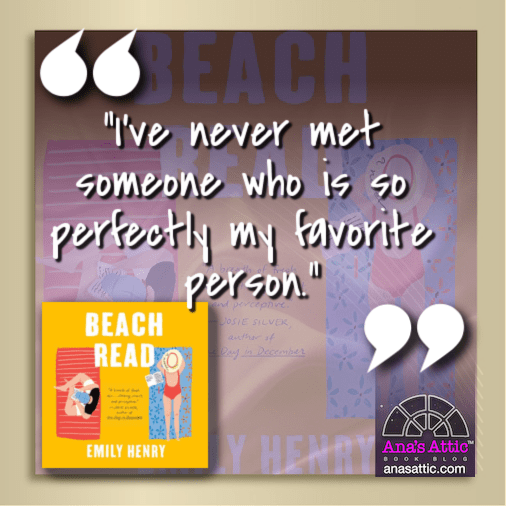 I loved the snarky banter and romance part of the novel, but there were some side stories happening that I wasn’t really in the headspace for. I picked up the novel because I love reading about authors and it looked light and fun. I needed an escape from the world and I found that Beach Read was a little sadder than I was looking for at the moment and kind of had me a little sensitive and depressed for the few days I listened.

Since both characters were writing books, I was really hoping to see the book-within-a-book come to fruition a little more. I wanted more detail on what they each wrote and I found myself hoping that the author will release both books as part of a series. I will read them in a second.

“When I watch you sleep,” he said shakily, “I feel overwhelmed that you exist.”

Julia Whelan was PERFECT for January’s first-person POV. It isn’t the narrator’s fault at all, but I think that Emily Henry’s writing is meant to be read and savored. It has a poetic prose feel that just didn’t come across as well in audiobook form.

Beach Read by Emily Henry will be on many people’s Best of 2020 lists. It’s written beautifully and if you are sitting down for a nice deep, emotional, funny, and sad read with some inspiring and tender moments, this one is for you. If you are looking for a light-hearted rom-com beach read, this isn’t quite what you are looking for. I think if I was prepared for it and I read instead of listened, Beach Read by Emily Henry would have been a 5 star read for me. But something got lost in the translation to audio despite having a fantastic narrator, and it had me a bit too emotional for a time when I was looking for an escape. 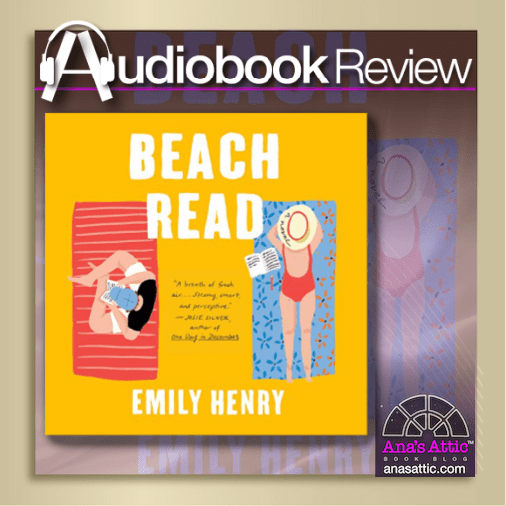