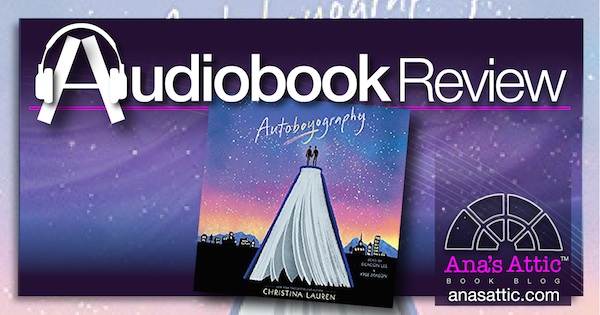 Autobiography by Christina Lauren is not normally a book I would pick up. But I was sent this absolutely gorgeous hardcover, and I try to read the books that are going on my shelf. I realize now that I never even read the blurb, just fell for the cover. I couldn’t fit it in my reading schedule, but I had a credit on audible so I grabbed it there, not even knowing that it was YA. But being in a bit of a slump, I was looking for something different, and Autobiography totally fit the bill and lived up to the gorgeous cover.

“I’m just a bisexual half-Jewish kid who’s falling in love with an LDS guy. The path for me isn’t as clear.”

I love Tanner and his family so much. They moved from California to Provo, Utah when Tanner was 15. Tanner is bisexual and half Jewish, and Provo is a predominantly Mormon (LDS) town. His mom is an ex-Mormon and understands how it all works, and both of his parents are very accepting of Tanner.

“I forget not everyone lives in a household where a parent sleeps in a MY QUEER KID RULES nightgown.”

But they still encourage him to keep his sexuality a secret because in that town, they know he would have problems. He couldn’t even share it with his best friend, Autumn. When Tanner takes a writing seminar his senior year, they are expected to write a novel, and the teacher brought in his most prominent student from the previous year to help out, Sebastian Brother. Sebastian’s book was already published, and he is now a student at a Mormon University. He is following his expected path as a son of a Mormon bishop, and going on his mission as soon as he returns from his book tour. Sebastian loves his religion and is devoted to the church.

When Tanner sees Sebastian in the class, his reaction is all-consuming and immediate. He has no idea if Sebastian is straight or gay, but there is a spark, an immediate connection.

“Kissing boys feels good. Kissing girls feels good. But something tells me kissing Sebastian would be like a sparkler falling in the middle of a field of dry grass.”

As Sebastian is supposed to be helping Tanner with the book, they are really getting closer and realizing that they are falling in love. In fact, Tanner’s book is all about how he was falling for Sebastian. Changing the names didn’t hide a thing.

“He wants to read my book, the book about falling in love with him. But how can I send my heart to him when he’s just said, in no uncertain terms, that he doesn’t speak its language?”

Sebastian loves his church. But being gay is not yet accepted. You are allowed to have feelings for the same sex, but you are never allowed to act on it.

“But we’ve both been raised to care greatly what our family thinks about us— their esteem is everything. On top of that, Sebastian has the looming judgment of the Church, telling him wherever he looks that the God he loves thinks he’s a pretty foul human being. It’s impossible to know how to undo the damage they’re doing to him.”

I really loved how the authors really researched the town and the religion and presented both the good and bad. They never vilified the church and often pointed out the good. I loved that they weren’t afraid to tackle a tough subject and show both sides.

“Sometimes I wonder whether it’s God or the church that feels the strongest about these things.”
“My opinion?” I say carefully. “A God worthy of your eternal love wouldn’t judge you for who you love while you’re here.”

“He’s gay; he didn’t die. Nobody is wounded. I know Sebastian’s parents are good people, but holy hell, they just inadvertently made their own son feel like there’s something about him that needs to be fixed. So much for acceptance. So much for welcoming.” 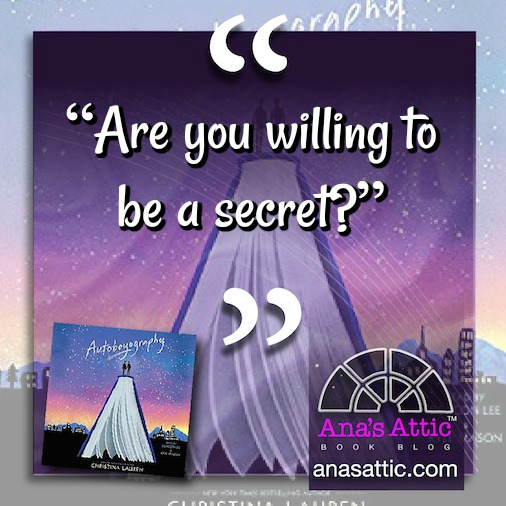 Narrated by two different men, I loved Tanner’s narrator. Sebastian’s not as much, and it confused me a bit when he came in as 3rd person. The interview at the end make the audiobook even more worth it.

Autoboygraphy is a must-read novel for high school and beyond. It was a beautiful story of young love, discovery, religion, family, commitments, expectations, acceptance, secrets, heartbreak, friendship, laughter and more. It was a well researched, well crafted novel that addressed the closed mindedness of religion without vilifying it. It was unique, educational and unputdownable. I am hoping it gets picked up in high schools and starts being required reading. Whether you are a YA fan or not, I think Autoboyography is so unique and socially relevant that anyone can pick it up and love it. It was a hugely refreshing change from all of the erotic romance I have been reading lately, and kept me riveted the entire time. 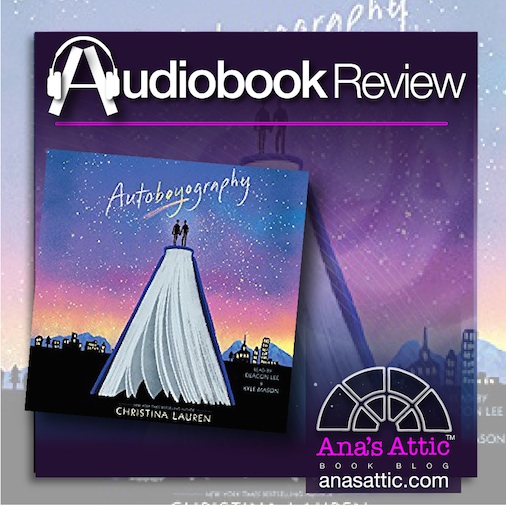