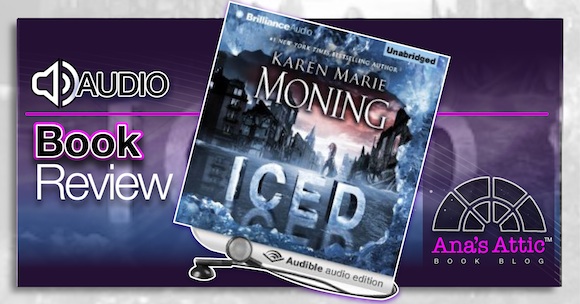 Iced by Karen Marie Moning 6th in the Fever Series, does not stand alone. YA/NA (though she will say it is adult UF)

I read The Fever Series by Karen Marie Moning a few years back, and this sexy, unputdownable series was amazing. I knew Iced was about Dani O’Malley, the 14 year old, but I remembered Ms. Moning promising that it would not be a YA book (see her whole explanation here). So when I saw it was over 14 hours on Audible, I grabbed it, because I have been going through audiobooks quickly, and they are a fortune!

Since I spent over 14 hours listening to this ‘fecking’ torture, I honestly don’t want to waste another 4 hours writing this review, like I normally do. I really didn’t like it. AT ALL. There were a few bright spots, but overall, the only redeeming part to me was Dancer, my favorite character.

Not YA? Seriously? The narrator was a 14 year old girl (loved the Irish accent) who was the most me-centric person I have read about. Dani is a good kid, she cares a lot about what the rest of “her” city is going through, but she thinks that they all depend on her ‘superhero powers’ to change everything. Ugh, how many times I heard “dude” and “feck” and those damn Snickers, all while saying she needs to save the world.

We don’t find out much more about Dani, except that she grew up in a cage. She needs to be free now, but Ryodin and Christian have their own kind of cage for her. Both of them completely perved over this immature 14 year old. Honestly, I’m not a prude. In fact, I was 14 when I fell in love and it was real. I have no regrets. But Dani was still a child in a woman’s body. She was not even the slightest bit into the affections of these powerful grown men. Yet they…were way too into her.

The last 20% or so was pretty good, but by that time I was so sick of hearing her immature voice that I just couldn’t find my way to say I liked this book.

Rating: 2 stars (because the end was OK) Heat 0. I am not able to separate the audio rating because it was too strong a part in this review. **NOTE, this book is rated very highly on Goodreads and Amazon, so read some other reviews as well!

14 hours of “Dude, I’m like the Mega, a superhero, fecking Dani O’Malley” (not a real quote) was way too much. I found her immaturity grating, I found the powerful adult men who were perving on her when she is not even slightly sexually mature creepy, and I felt she was less mature than a 14 year old. This read like a book I could almost let my 9 year old read except for the whole death by sex thing. The accents were fun, and I did warm up to it towards the end, but to me Iced felt completely different from the sexy Fever series. Even the characters changed a bit. Dancer is the only character I can say I really loved in this book, and he is not a huge part of it.

Pre-order BURNED which brings back Mac and Barrons on January 20, 2015

What do you think? Have you read the Fever Series? Did you read ICED? 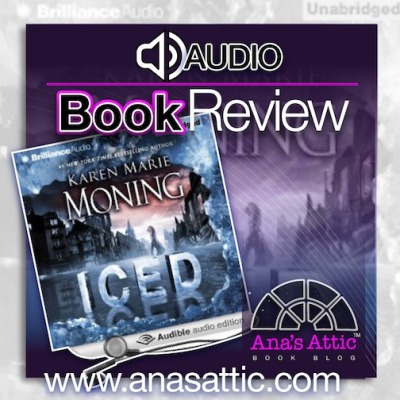