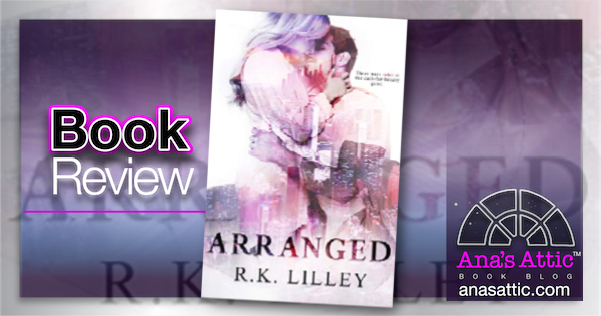 RK Lilley has been a favorite author of mine since 2012. She has been to every Wicked Book Weekend, and full disclosure: I consider her a friend. It had been about two years since her last release, and when Arranged came out, I set aside what I was reading and bought it and consumed it on release day. 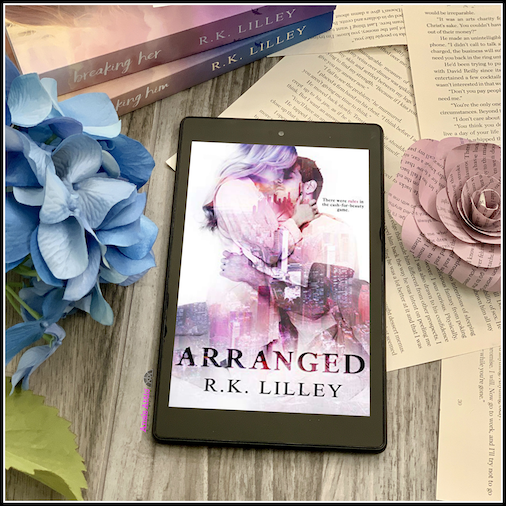 Right off the bat, it had that RK Lilley feel of yesteryear. I haven’t read an alpha-hole erotic romance like this in a few years and I forgot how much I enjoyed that sexual tension, angst, and suspense that RK creates. Her hate-to-love romances are my favorite and I was sucked into a reading marathon with Arranged. For the first 80-85%, I was sure this would be my third 5+++ star read in a row (and for the year). Sadly, for me, the end didn’t live up to the beginning. It almost felt like it was meant to be a duet but it was taking so long that she rushed to finish. Don’t get me wrong, I still loved most of Arranged, I just wish the end gave me the same feelings as the beginning.

“I was his now. I belonged to Calder Banks Castelo. He owned me but he didn’t love me. He never would.”

Warning going in: Calder is a fucking asshole. He’s the kind of guy that I enjoy reading about sometimes, but would tell any friend I have to run as far away as possible. Noura is an 18-year-old model who wants financial security, so she enters into an arranged marriage with Calder Banks Castelo. Calder has no desire to marry, but it’s the only way he will inherit his father’s business. And he resents the hell out of the beautiful model who sold herself to his family and trained for months to be his wife.

“He hated me on principle, and he fascinated me in spite of myself.”

OMG, he was such an ass! But I couldn’t put this book down, it was like potato chips! Once you start, you can’t stop.

My reading tastes have changed, and I didn’t think assholes and weak virgins were really in my wheelhouse anymore, but I was wrong because RK’s writing was still amazing and grabbed me in and didn’t let me go.

“I picked you out of that catalogue because your face made my dick hard. Aside from that, I didn’t really care enough to learn more.”

Despite the hatred between the two of them, once he stopped hiding from her, they couldn’t keep their hands (and other body parts) off each other.

“I could still taste her, still feel her on the bed of my tongue. I hated her guts, but she tasted like paradise.”

Though I thought Noura took a little too much abuse, despite what her contract said, I still loved her. The fact that she sold herself seems so incongruent with her sweet and likable personality. Everyone loved her, including him if he would let himself.

“The way he touched me. Kissed me. Held me. Savored me. Breathed me. Like I was necessary for his next breath. It was such a lie, but I needed it.”

Just when you think maybe he isn’t an asshole, he proves yet again that he is.

I don’t know how RK Lilley made you root for this couple, but she did!

The book was going along great. I had been sucked in and reading all day and then….it jumped the shark. This needed to be a duet. I don’t say that easily because I prefer standalones, but the last 20% was so rushed that it felt like she worked on a duet for 2 years but never wrote the second book, so she decided to rush and finish it in one book so she can release something. I felt a little cheated in the end because it was so amazing for the first 80%.

“We make a strange pair, Goldigger.” His tone was rich with affection. I smirked. “Indeed we do, Spoiled Rich Boy.” 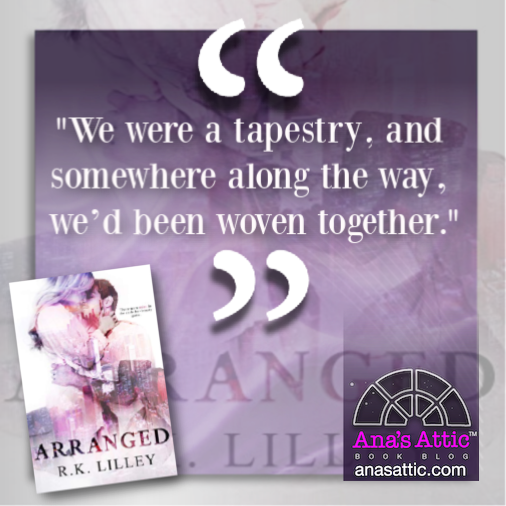 I am thrilled to have RK Lilley back and writing. Arranged sucked me in faster than a book has in a long time and made me drop my plans to keep reading. However, I think it needed to be a duet. For the first 80%, I was sure this was a 5 star read and a new favorite, then it all just wrapped up so quickly! The end was so rushed and really disappointed me after the fabulous majority of the book. Still, I am so glad to see RK Lilley still has it. I hope this is the beginning of her coming back and writing more because I am looking forward to more of that RK Lilley brand of angst. 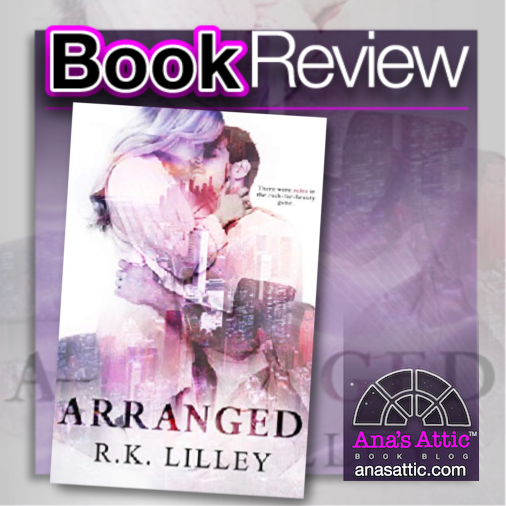